In the United States, the conditions for granting the ecological bonus for the purchase of an electric car have just been radically modified. Tesla and General Motors are rubbing their hands, but European and Chinese manufacturers will be forced to come and produce their cars on site. 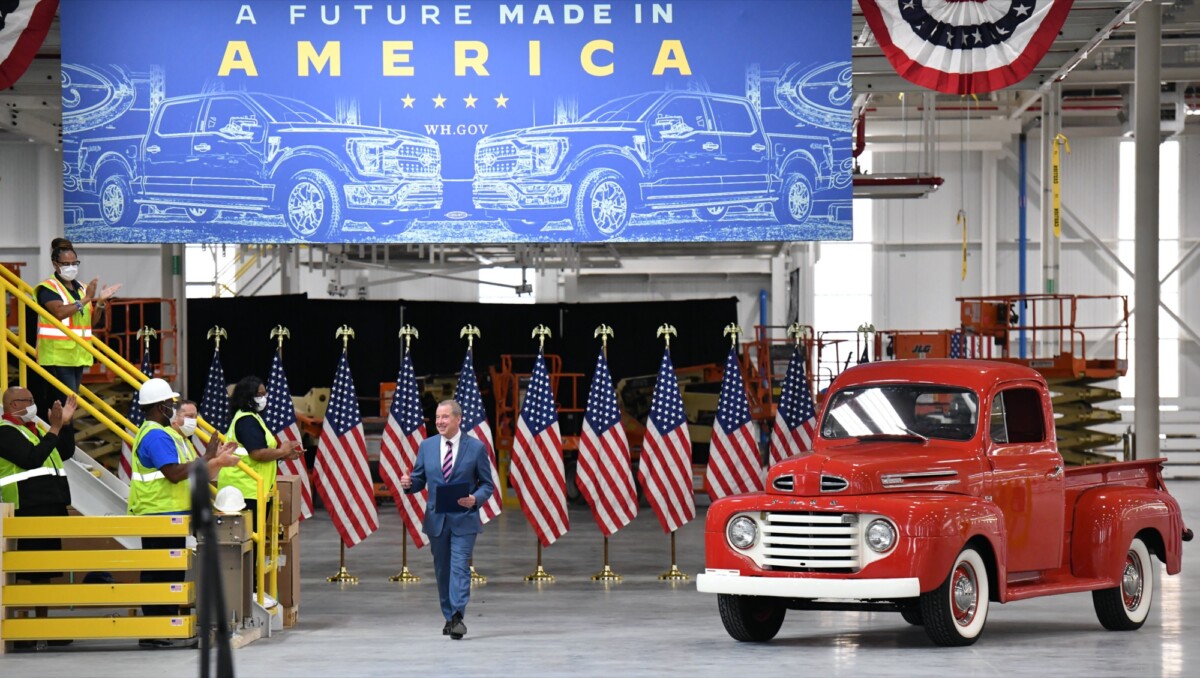 Joe Biden, the President of the United States, signed the Inflation Reduction Act this week. This aims to reduce inflation, while promoting the use of cleaner energy. It is for this reason that the ecological bonus of 7,500 dollars intended for electric cars has been drastically changed. Some manufacturers are winners, but others are total losers.

The first good news is the pure and simple deletion (from January 1, 2023) of the limit of 200,000 vehicles sold per manufacturer, after which it was impossible to claim the bonus. We can say that Tesla is delighted with this change, since the manufacturer exceeded the limit as early as 2019. This is also the case for General Motors (GMC, Chevrolet et Cadillac) whose customers are no longer entitled to the bonus. The bonus, in the form of a tax credit, but which can now be deducted from the price of the car at the dealership, is set to last 10 additional years.

On the other hand, the new American bonus now includes several conditions. The first is linked to the income of the applicant ($150,000 per year for a single person), but also at the price of the vehicle (maximum $55,000 for a car or $80,000 for trucks). The second, which will cause a lot of ink to flow, is linked to the country of manufacture of the car.

Cars made in the USA or nothing!

Indeed, to be eligible for the bonus, the car must be produced in the United States. More precisely, the car must be assembled on site. It is therefore possible to bring in the parts from abroad and carry out the final assembly in the United States. But from 2023, everything will become even more complicated, since it will be necessary battery and “critical” minerals (aluminum, graphite, lithium, nickel, etc.) are sourced locally, whether through extraction or recycling. They may come from abroad, except from “worrying” countries. We imagine then that China and Russia will be excluded while many raw materials come from the Middle Kingdom.

A list of eligible cars has been published by the US government. European manufacturers are poorly represented, with for example, for Audi, only the Q5 plug-in hybrid and not the Q4 e-tron, e-tron et e-tron GT. The American Automotive Innovation Alliance estimates that 70% of the 72 electric cars sold in the United States become ineligible for the bonus with the new regulations like the relay Automotive News Europe. A blow for manufacturers and consumers.

In The detail, if in 2023, 60% of the battery components must come from the United States or from a country authorized by the US Treasury, this figure will gradually increase, until it reaches 100% for cars produced in 2028. With this mechanism , Joe Biden hopes to put pressure on American industrialists, so that they find new ways to supply themselves with lithium, cobalt and aluminum. A strategy which annoys in Europe and which sees this as discriminatory.

With the obligation of cars assembled in the United States to take advantage of the bonus, foreign manufacturers, and in particular the big names in Europe and China, will have to build American factories. And this is already what is planned with, in particular, the production of the Volkswagen ID.4 which started in Tenessee or Hyundai which announced 10 billion dollars of investment to produce in Alabama and Georgia. If for the moment, the majority of batteries and metals are made in China, the trend is being reversed, as evidenced by the many factories et planned mines in Europe.

Volkswagen begins work on its first Gigafactory. The city of Salzgitter in Germany is home to this first factory dedicated to battery design.
Read more