Even if electric cars are technically simpler compared to thermal models, they are not exempt from some malfunctions. Several studies have pointed out the most frequent breakdowns concerning electric cars. But can we really say that electric cars have too many malfunctions?

That’s a fact, electric cars require less maintenance compared to their thermal counterparts. Why ? Quite simply because the electric ones benefit from much simpler mechanics. The absence of a combustion engine, of certain fluids, of sometimes complex mechanisms… All these elements do not concern electric cars. As a result, some manufacturers recommend a maintenance frequency every 30,000 km for an electric model against 15,000 for a thermal one. At Tesla, it’s even simpler since the manufacturer recommends changing the cabin air filter every 2 to 3 years depending on the model, checking the brake fluid every 2 years, having the air conditioning checked every 3 to 6 years old and… that’s it!

Beyond the mechanical aspect, however, there are many elements in common between an electric and a combustion engine, in particular the wearing parts. But there too, there are some differences between the two energies. For example, thanks to regenerative brakingusers of electric cars will tend to wear their brake pads much less compared to a thermal car.

The shortcut could therefore be easy and we could say that electric cars are generally more reliable compared to those equipped with a combustion engine. But, as several studies point out, electric cars are not beyond reproach.

With some electric cars over 10 years old or so (Renault Zoe, Nissan Leaf, Tesla Model S), we now have enough hindsight to point out what may be malfunctioning. And, paradoxically, it is not the “oldest” cars that have the most problems. We were able to see it, for example, with the recent Volkswagen ID.3 and his software problems at the time of the first deliveries. Problems that have just been solved at the cost of several updates and, for some customers, a visit to the workshop.

It is the software problems that are the most recurrent for an electric car. This was found in a study recently carried out by the British company Which?. Exactly 48,034 Britons owning a total of 56,853 vehicles were questioned about the reliability of their means of transport last year. And on the list of the most frequent breakdowns such as consecutive days of stoppage, electric cars are in the lead.

According to the figures put forward by this study, electric cars account for 31.4% of breakdowns suffered by respondents over the past 12 months, ahead of diesel vehicles with 29.1%, and rechargeable hybrids which account for 27.5%. . For their part, petrol models are far behind with 18.1% of breakdowns.

To make matters worse in the case of the electric car, it is also the one that remains immobilized the longest due to a breakdown, with an average of 5.1 days, ahead of plug-in hybrids and hybrids, with 4, respectively. 2 and 3.9 days off. It is still the petrol models that are doing the best with 3 days of breakdown on average. EVs are also the ones that experience the most start-up problems, since they were observed at least once a year by 8.1% of respondents, compared to 6.9% for diesels and 5.6% for the PHEVs. 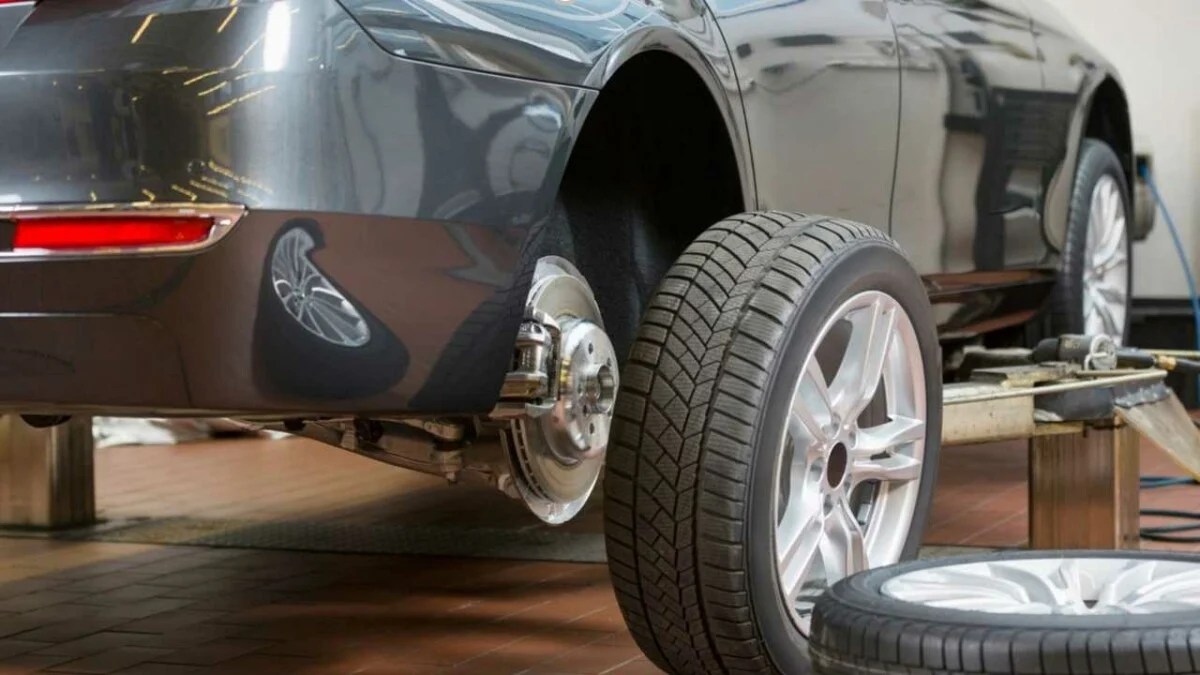 The study highlights software problems above all, but in no case problems with motors and batteries. These cars being globally developed at lightning speed under the pressure of the legislator to lower as much as possible its annual average CO2some models, as was the case with the Volkswagen ID.3come out of the workshops and are delivered with still some software malfunctions.

Nothing that could affect the safety of the driver, but these software problems can make the driving experience constraining with, for example, a faulty infotainment system or a charging scheduler that does not work correctly. We particularly noted in our test drive of the Skoda Enyaq at the time of its release, with some software problems on our trial version which was part of the first series.

The good point is that it is possible to update the software part easily, whether in the workshop or remotely in OTAunlike a mechanical problem which can be more complicated to repair and more expensive.

Last year, the German automobile club ADAC also published a statistical study concerning passenger car breakdowns, with a section on electric cars. The study identified 3.386 million breakdowns for 2020 on new passenger cars registered between 2011 and 2018 in Germany (including EV and thermal).

In addition to the Lithium-ion battery to supply the motor with electrons, an electric vehicle is also equipped with a 12V battery to put the vehicle into service in some way, it is therefore essential for proper operation. To avoid discharging the 12V battery too quickly on an electric car, even when you store your car in a garage, remember to lock the car well. This avoids leaving certain energy-consuming equipment on standby.

If the 12V battery represents the main breakdowns noted in 2020 in Germany on cars (all engines combined), what could be the other causes? In second place, we find general electricity and lighting problems for 15.1%, followed very closely by tires at 14.2%. Problems specific to electric vehicles (lithium battery, on-board charger, or motor(s)) represent only 4.4% of breakdowns. By way of comparison with a thermal model, the engine is cited in 16% of cases, i.e. almost four times more. 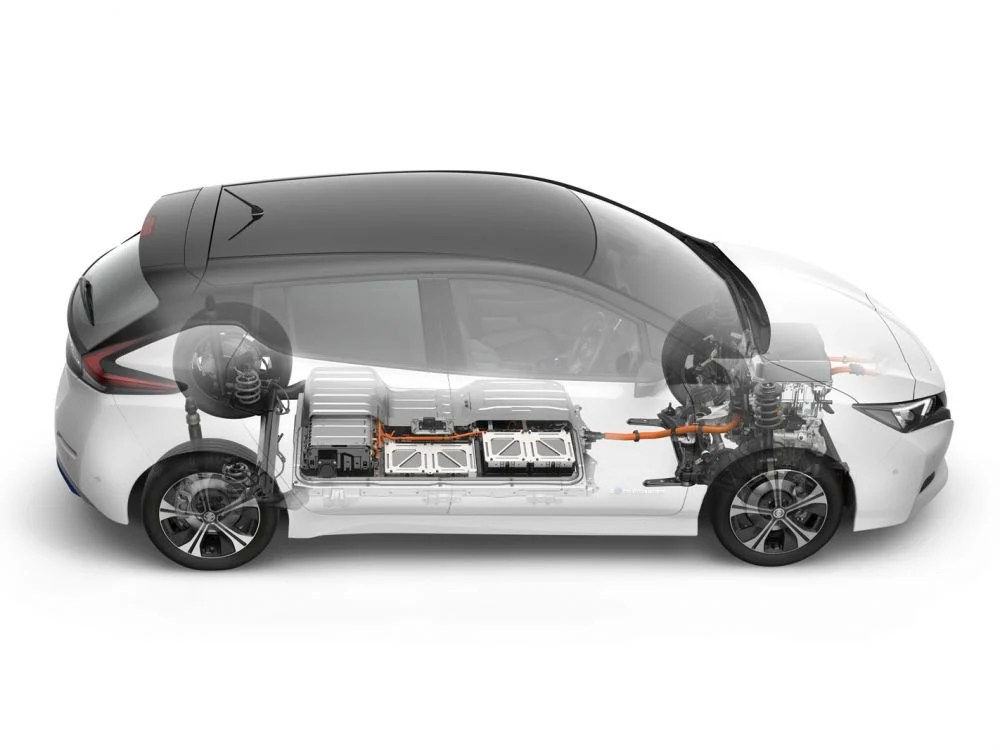 Ventilation and temperature management systems represent only 0.1% of breakdowns. If you are good at mental arithmetic, there remains a share of 12.2% which includes various anomalies. This includes problems with the body and chassis, steering, brakes, transmission, etc.

A loss of autonomy over the kilometers traveled

For its part, the ADAC study also highlights the minimal share of breakdowns which concerns the traction battery or the engine, since the vast majority of electric cars in circulation are younger than thermal models. Still, with older electric models, the most common concern (and not a breakdown) is battery retention. In other words, the wear and tear of the battery, which loses part of its capacity over the years and the kilometers traveled.

The battery packs are guaranteed for several years, admittedly with a minimum retention for the most part (generally 70%), but the guarantee still runs for eight years in the vast majority of cases. All of this should be qualified (and in a good way) with the study recently published by Tesla. This indicates a loss of battery capacity of less than 10% after 160,000 km and around 15% after 320,000 km. Autonomy will be slightly reduced, but it will not be dramatic either.

Finally, as we have seen in this dossier, if we put aside the software problems – which could also affect thermal cars if they were developed as quickly as their electric counterparts – electric cars are well more reliable than thermal cars.

Elon Musk again claimed that 644 km on a single charge was the current maximum for electric cars. If he claims to be able to manufacture a vehicle with a range of nearly 1000 km, for…
Read more