After a first half-hearted participation last year in the Dakar Rally, Audi returns with an electric car (or almost) “considerably improved”, especially in terms of aerodynamics. 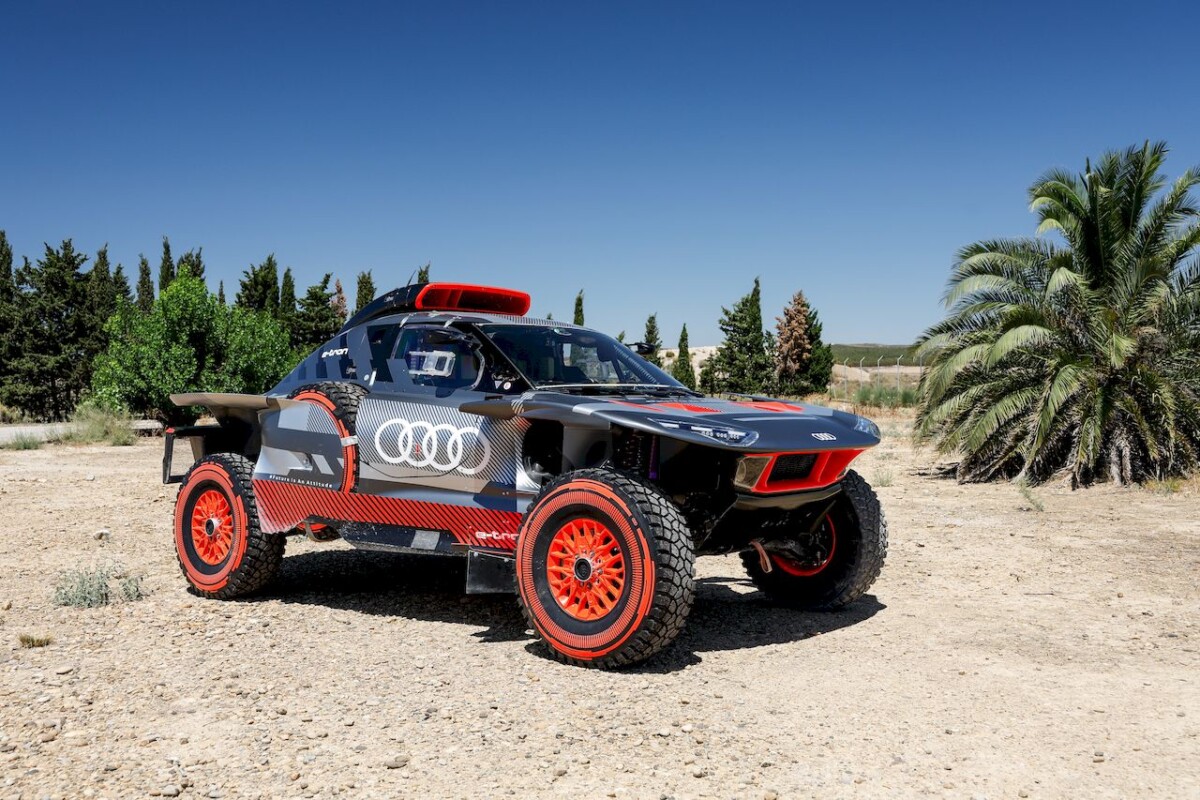 At the start of the year, Audi had hired three electric cars on the occasion of the Dakar, which, as its name no longer indicates, takes place in Saudi Arabia. These three cars, driven by Carlos Sainz, Stéphane Peterhansel and Mattias Ekström, could have been more successful, but racing events and incidents dictated otherwise. The firm with the rings, however, won four stages, but its best car only placed ninth in the final general classification.

Next year, during the 2023 edition, Audi intends to do better in the Dakar. And for the occasion, the German firm has just presented a new prototype which is technically very much based on the old one, but with deep improvements. As you are surely aware if you follow motorsport diligently, a certain number of regulations constrain manufacturers. So the Audi Sport engineers had to deal with it, while trying to significantly improve their car. 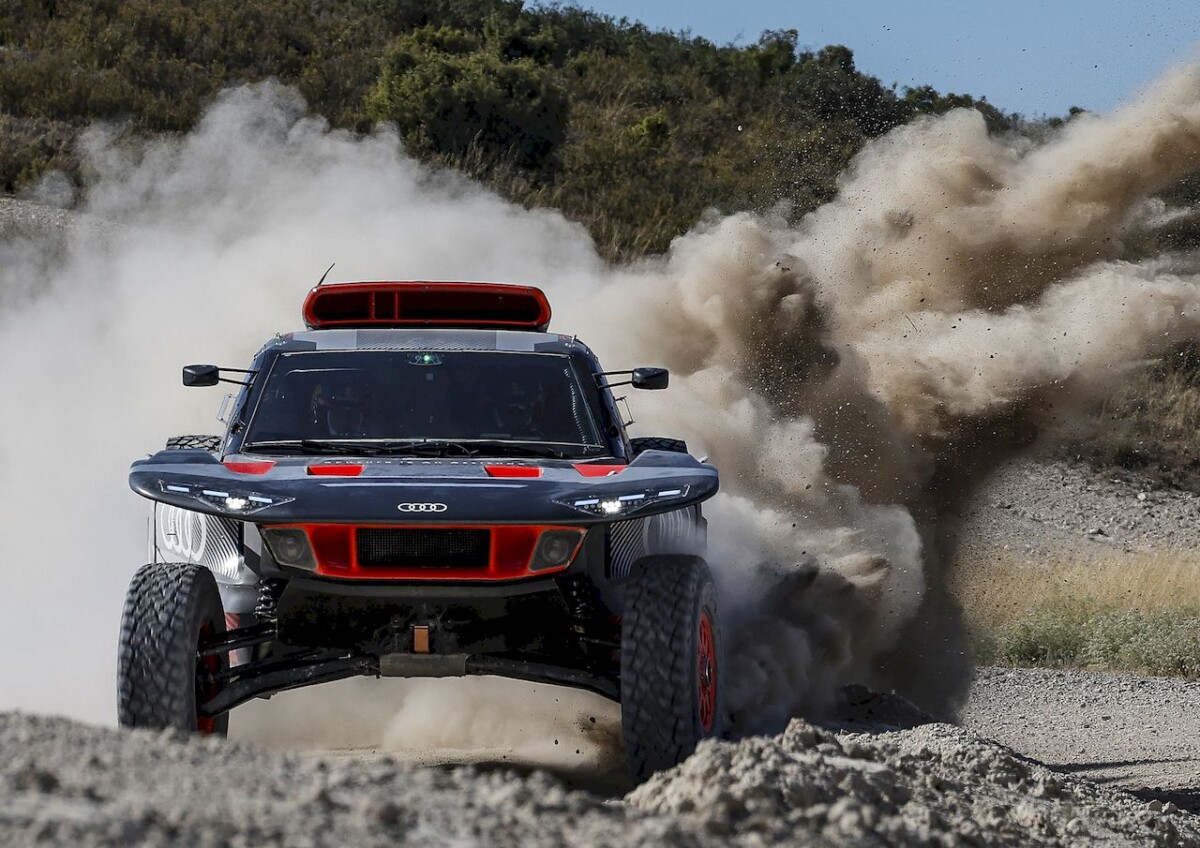 Thereby, Audi announces that it has revised the interior dimensions with a much wider cockpit, new front and rear bonnets, and the removal of the passage under the rear bonnet to the left and right of the B pillars. The engineers have restructured all the display and controls, including a new switch to select from four ‘system zones’ which provide access to different driving modes.

Weight being the enemy in competition, the engineers have also reduced the weight of the machine with the addition of layers of composite materials. While the minimum weight for the alternative-fuel T1U class has been increased from 2,000kg to 2,100kg, last year’s Audi was clearly above that weight, so the Ingolstadt-based firm has sought to reduce the weight of “several tens of kilograms”without specifying the exact figure. 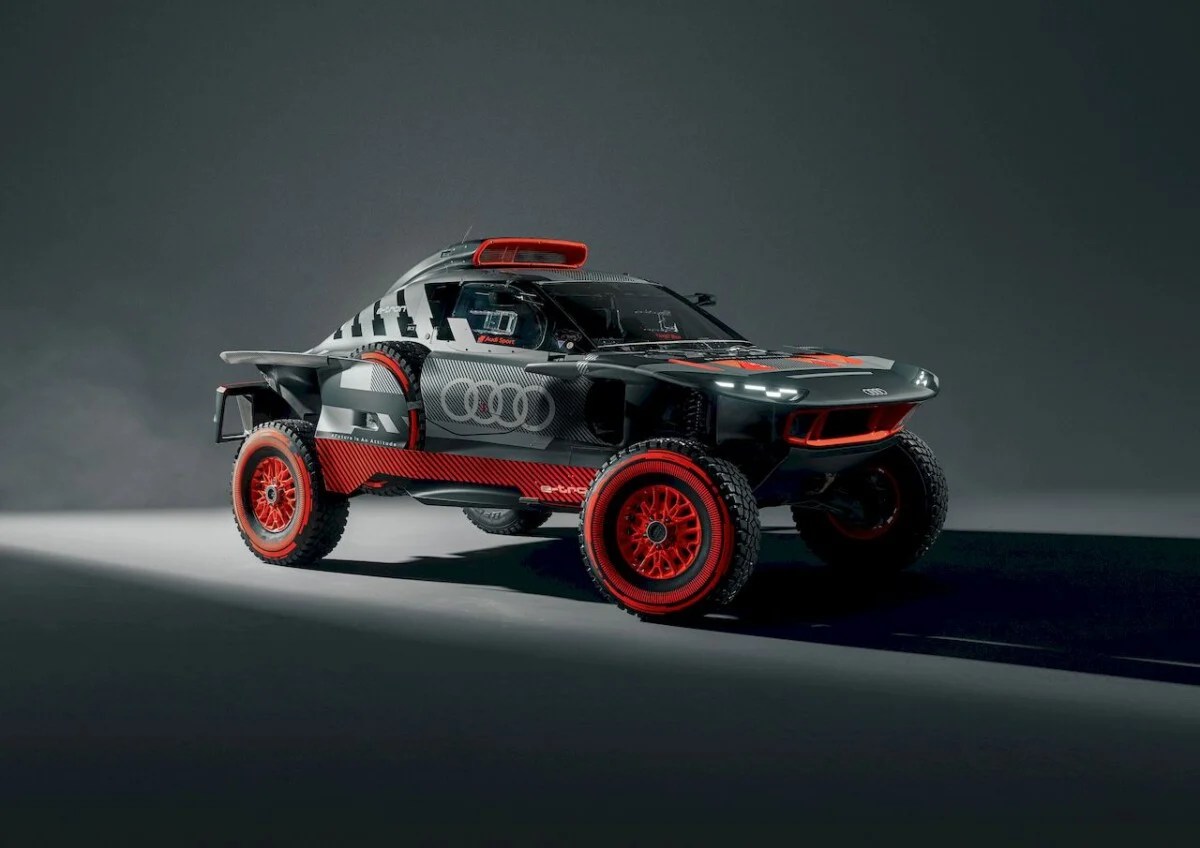 There were many aesthetic changes compared to the previous model. Changes that have a function, since they must improve aerodynamics. L’Audi RS Q e-tron E2 is 4.67 meters long, 2.30 meters high and 1.95 meters wide, about 17 centimeters longer than the previous version.

The brand states that aerodynamic drag has been reduced by approximately 15%while the maximum speed remains limited to 170 km/h. Audi advertises that this significantly reduces the car’s energy needs, making it more efficient. And precisely, what is hiding under the hood?

The same powertrain as the previous model, namely an interesting motorization that we would qualify ashybrid and which is divided into several elements. On the one hand, there is the MGU05 electric motor used in Formulas E (250 kW or 340 hp and 33 kg) which is located above the front axle. This engine is powered by a Lithium-ion battery made up of 13 modules and 266 cells each developing a capacity of 52 kWh. This battery weighs 375 kg.

We find a huge 295 liter petrol tank which feeds the “generator” as we could call it (or range extender, very useful during the long stages of the Dakar), namely a four-cylinder petrol 2.0 liter TFSI which is connected to the second electric motor in order to recharge the battery and recover energy during braking. Finally, a third electric block drives the rear wheels and is not mechanically connected to the front axle. In total, the Audi RS Q e-tron E2 develops 386 hp with all-wheel drive. 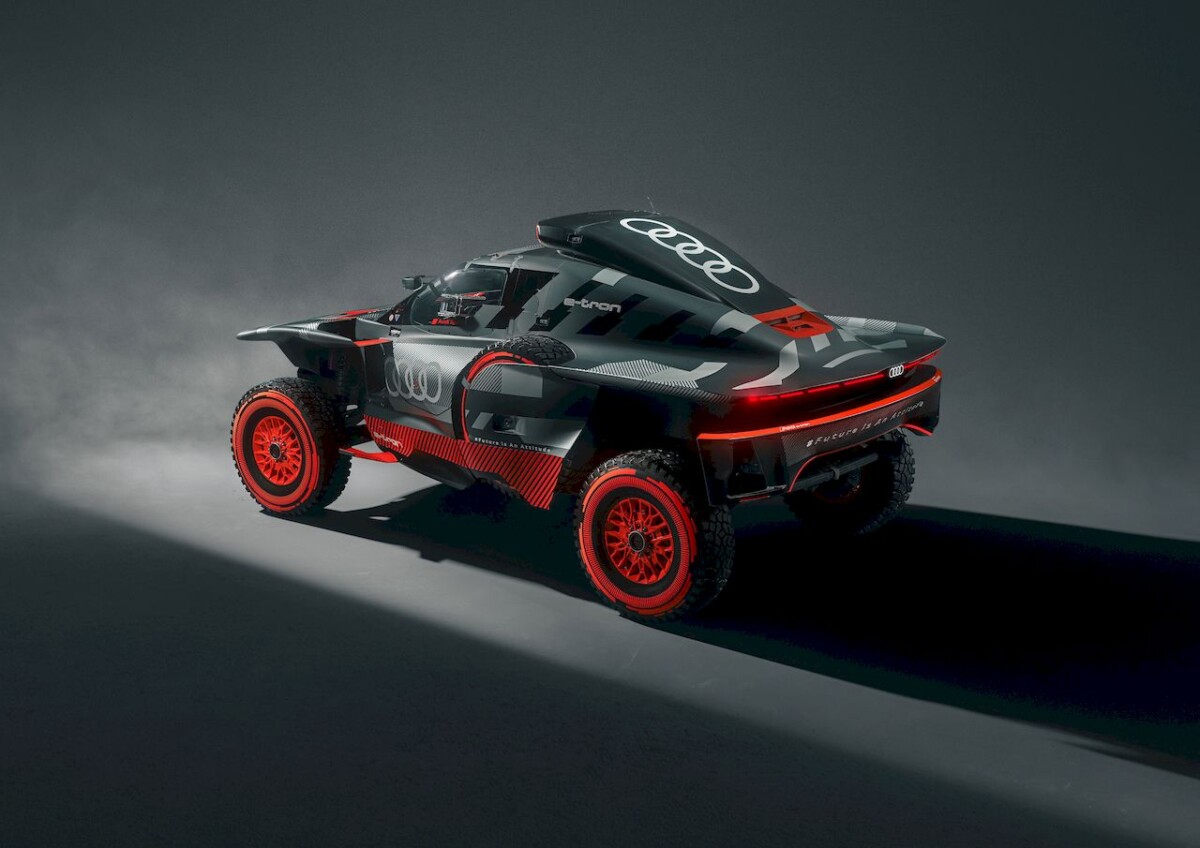 A reduction in consumption

Always with the aim of reducing energy consumption, Audi has revised the internal software with better power control, especially when the car is on rough ground and where it spends a lot of its time with the wheels in the air. , without needing power at that precise moment.

In the same philosophy, the auxiliary devices also benefit from an optimized control, such as the air conditioning for example, which will now operate intermittently. Earlier this year, Audi engineers found that running the air conditioning too much could cause the coolant to freeze.

The Audi RS Q e-tron E2 will make its competitive debut at the Rallye du Maroc in Morocco from 1is to October 6. But his biggest challenge will obviously be the famous Dakar Rally 2023 which will start in Saudi Arabia on December 31 and which will end 15 days later.

When will a 100% electric car cover the Dakar Rally? Progress in the field should allow this kind of competition, especially with the arrival of new batteries, such as the Chinese car Zeekr 001 with 1,000 km of autonomy on the CLTC cycle which will arrive next year. Or with future solid batteries. It is still necessary that the charging infrastructure is present in the regions covered.

Europe has just passed new legislation regarding plug-in hybrid cars. This could lead to the early end of this type of motorization.
Read more