The Aion brand, owned by the Chinese group GAC, has just lifted the veil on its first supercar. Called Hyper SSR, it displays very high performance and becomes the fastest Chinese car on the market. 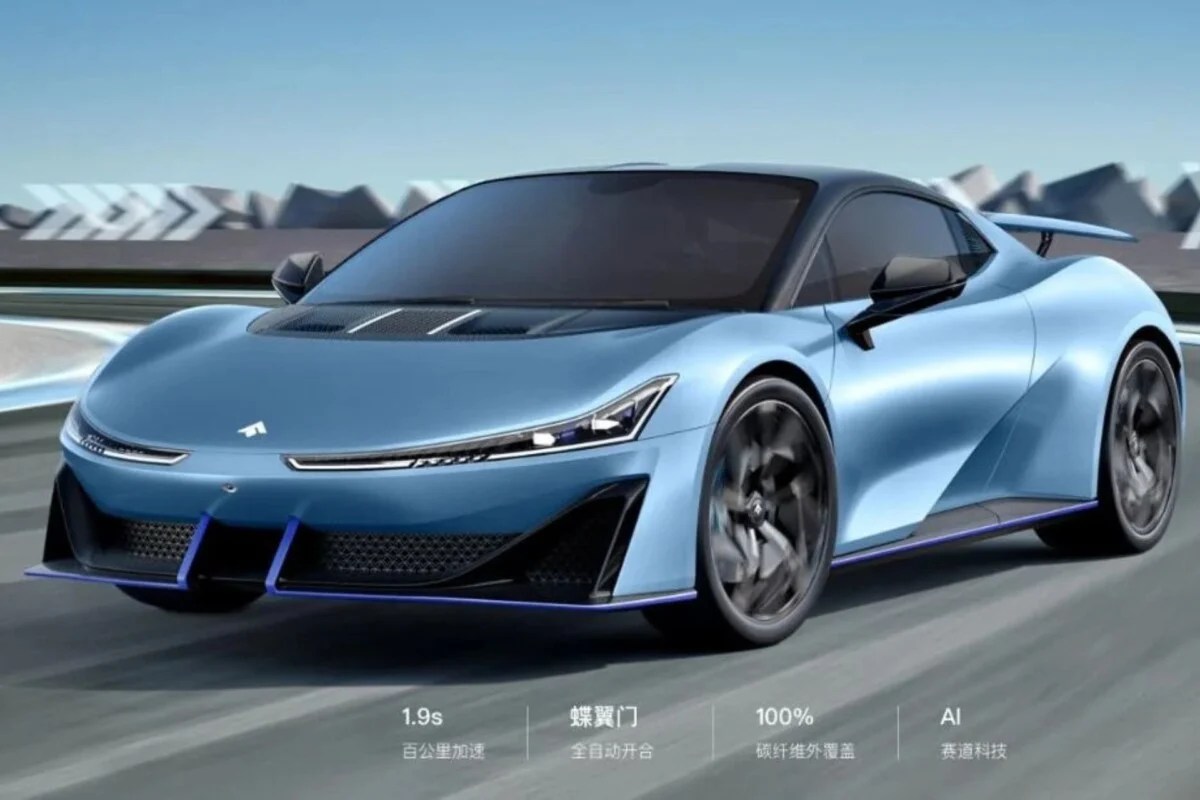 Today, Chinese manufacturers are entering the market in force. We are of course thinking of MG, marketed in France since 2019 and which has just formalized the European version of its compact MG 4. But other brands continue their development, like BYD, which also plans to conquer Europe with three models or Nio et Xpeng. But if the Asian firms were rather known for their affordable vehicles, they are now starting to launch themselves into the sports segment, like Hongqi and its S9 or even MG et son roadster Cyberster.

Now it’s the turn of another brand to enter this booming market. This is Aion, founded in 2018 and part of the Chinese group GAC. If until then, it only marketed sedans and SUVs, now it is unveiling its very first supercar, on the occasion of an event organized in China and relayed by Car News China. The sports car, which bears the name of Hyper SSR then displays rather attractive lines, imbued with a certain sobriety compared to some of its rivals, European in particular. It will be noted that the body is made of carbon fiber, a material that is also found in the rear diffuser. The sports car is also equipped with a mobile spoiler as well as motorized butterfly doors, which close by pressing the brake pedal. A technology already used at Tesla but also on the Mercedes EQS.

On board, the presentation is rather simplistic, as in most supercars on the market. We then find a 14.8-inch touch screen installed in the center of the driving position, supplemented by an 8.8-inch digital instrument panel. Two people can then take place, in sports seats, whose structure also seems to be made of carbon fiber. If we still know very little about the technologies embedded in this Hyper SSR, Car News China informs us that Aion is collaborating with the Chinese space agency in order to develop innovative materials and new artificial intelligence systems. These could then be found in future models of the Hyper range.

But what particularly interests us here is above all the technical data sheet of this new Aion Hyper SSR. This then embeds a 100% electric motor developing no less than 1,225 horsepower for 12,000 Nm of torque. A cavalry that then allows it to achieve 0 to 100 km / h in just 1.9 seconds in its most efficient version. An impressive figure, which according to the brand is equivalent to an acceleration of 1.7 G, but which is still far from the 1.1 seconds promised by Tesla for the 2nd generation of its Roadster, still under development. The Chinese supercar will also come in an entry-level variant, which then completes the same exercise in 2.3 seconds. With such performance, this newcomer is simply the fastest Chinese production car in the world.

But it is also the most expensive. In effect, it takes 1.286 million Yuans, or about 183,949 euros for the basic version, while the most efficient version starts from 1,686 million yuan, the equivalent of around 241,164 euros. If the information concerning the recharge has not been revealed by the manufacturer, the site CNEVPost points out that the sports car is equipped with a 900-volt architecture. The first deliveries will begin in October 2023but nothing has yet been said about marketing in Europe.