Since the unconsciousness and collective euphoria that led to the promulgation of the famous energy transition law in 2015, some minds are beginning to reconnect with reality.
At the time, some had nevertheless tried to play whistleblowers but were not heard because the future (apart from the upcoming elections) does not interest the political class.
Every objection raised was brushed aside and it was therefore with the assurance that only profound ignorance gives that we marched towards the disaster that was looming. 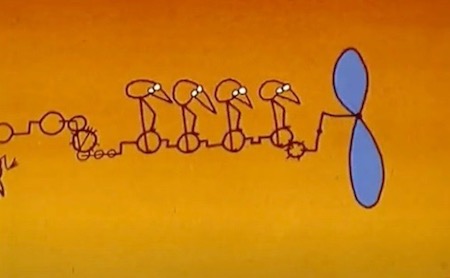 Today, with only about 1% of electric cars in service, we can already see the outlines of a historic “trousernade”.

Although electrical energy has been used for a long time to move vehicles – I remember the Parisian trolleys of my childhood – and more recently new trams have appeared in the big cities, it was not able to impose itself in other transport, in particular individual transport. The major reason being the flexibility of use which gives a great autonomy, which makes it possible to traverse great distances without refueling.

This summer, some electric car owners began to “disappoint”. The lack of autonomy and the difficulty of finding “terminals” are the most often mentioned. Then comes the waiting times for those who managed to find the “rare bird” comes next, followed by the cost of refills (linked to that of electricity)

More seasonal, the high summer heat leading to the use of the “air conditioning” further reduced an already parsimonious autonomy. Some drivers preferred to leave their electric car in the garage in order to rent a more “conventional” vehicle. Faced with this influx of short-term customers, available stocks were reduced to such an extent that only electric cars remained available…

But all this remains anecdotal compared to what awaits us and of which few are those who approach the description.

First, the closest: how are we going to spend the winter? We are already being prepared for the expected energy shortage, whether it comes from the lack of gas or electricity. How will those who have an electric car do? Because even if they are not very numerous, as the saying goes: “small streams make big rivers”

Then, in the future electricity consumption balance sheets, nothing is planned to supply this fleet of electric cars which we are told could reach 15 million units in 2035.

It would then be necessary to produce an additional 100 TWH; how and by whom?

• One: climate efficiency. In his eyes, it would have been more effective to help the owners of old polluting cars to buy now and permanently new less polluting vehicles, including hybrids. While equipping the fleet with electricity will be very slow, if only because it is expensive, very expensive. Moreover, given the way electricity is produced in Europe (with renewable energies but also coal and gas, except in France) and given the carbon footprint of batteries, an electric car, says Tavares, n It has a better balance than a thermal after 70,000 kms. This is the first argument, climatic.

• Second argument: the middle classes will be excluded from the new market, reserved for wealthy households, the upper social classes.

• Finally, three: the speed of the changeover, he speaks of brutality, will have harsh social and industrial effects for the 14 million employees in the sector.