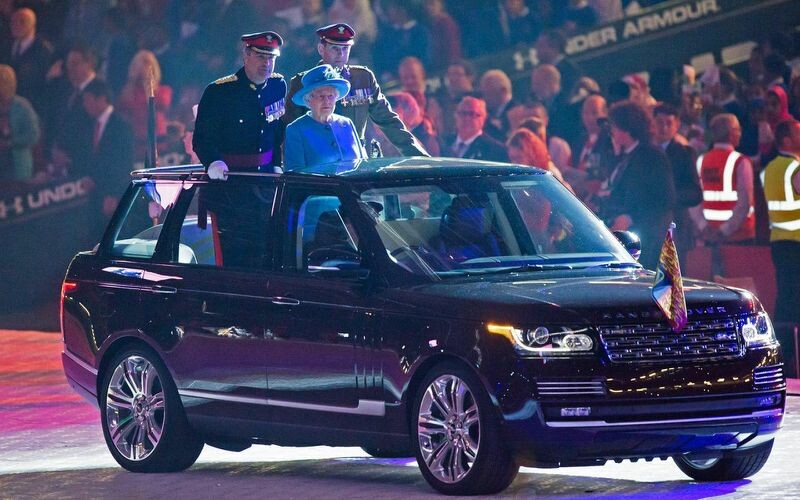 Following the announcement of the death of Queen Elizabeth II, we invite you to discover (or rediscover) the legendary models that belonged to the queen.

Elizabeth II and the Bentley S1 from 1956

This is one of the first cars used by the Queen at the start of her reign. At the time, the royal family mainly uses Rolls-Royce and Bentley brand models. For a long time, the Bentley Mark VI and R Type models were used. In 1956, the S1 model arrives, which will be used for the first official releases of Elizabeth II. This car is equipped with all the latest thoughts by Bentley. She is equipped with a 4.9-liter six-cylinder engine mated to a 4-speed automatic gearbox. A model that will very quickly be replaced by a series of legendary cars.

The Rolls-Royce Phantom arrives at the Queen’s Garage

During the 1950s, Rolls-Royce presented an exclusive model, the Phantom IV. Produced in only 18 copies, this isone of the rarest cars in the world. It is equipped with a motor 5.7 liters L8 of 170ch, and can accommodate 7 people. The British royal family acquires two models. It was the start of a long tradition between British royalty and Rolls-Royce Phantom models. In effect, the Queen of England will keep the Rolls Phantom IV as her official car until 2002, date of appearance of a new exclusive model. This model is also one of the first used by Elizabeth II at the start of her reign. The Phantom IV Limousine will be used at the wedding of Prince William and Catherine Middleton.

Another lesser-known model, the Rolls-Royce Phantom V Landaulet used by the Queen Mother and Elizabeth II. This model appears mainly during official parades from 1962. The model used by the Queen is registered « NLT1 ». She is still used by Prince Charles during certain ceremonies.

Arrived a few years later in the garage of the Queen, the famous Rolls-Royce Phantom VI. The models owned by Elizabeth II are unique and have been custom-fitted for Her Majesty. The first model, called The Silver Jubilee Car arrived in 1977 to celebrate the 25 years of reign of the Queen. For the first time, Rolls-Royce withdraws its famous statuette Spirit of Ecstasy to replace it with the emblem of the Dragon, which is the mascot of Saint-Georges. The Phantom VI is equipped with a 6.2 liter V8 engine with a power of 170hp. It will also be used for the wedding of Prince William and Catherine Middleton.

A true beauty with a truly eccentric story: https://t.co/pzwVcJlli6 Built for a dictator and used by the Queen, this @rollsroycecars Phantom V landaulet is to be sold at @rmsothebys in January. #Ceausescu #HerMajesty #TheQueen #limousine #rollsroyce #rmsothebys #auction #beauty pic.twitter.com/7klC5UNJQ0

In 2002, one of the most famous cars in the world arrives. La Bentley State Limousine. This model exists in two copies. It comes to replace the old official cars of the Queen of England. Proposed by Bentley to the royal family, the State Limousine has some incredible technical characteristics. It measures 6.2 meters long and 2 meters wide. Its weight is 3.3 tons, and it has a 100 liter tank. This extraordinary car is powered by a V8 Turbo engine with 406 hp and 835 Nm of torque. The State Limousine builds on the base of the Bentley Arnage R.

The Bentley State Limousine is equipped with a specific gearbox that allows it to drive at a “parade” pace, i.e. at a speed of 14.5 km/h. The interior was designed according to the wishes of the Queen. Thus, the interior trim is fabric and not leather. Elizabeth II also refused the presence of a mini-bar and reclining seats, because the Queen does not wish, in her words, ” Take a nap “ in this vehicle dedicated to the representation of the royal family.

The Bentley State Limousine now accompanies the Queen of England on all her official trips, in Great Britain and abroad.

Everyone at #Bentley is proud to see HM The Queen & the Bentley State Limousine receiving such a warm welcome #Berlin pic.twitter.com/0MLqfID6qX

Read also :
Elizabeth II’s Bentley Mulsanne is for sale
The Queen of England is entitled to her own McLaren!
Elizabeth II at its worst: Charles, Camilla and William return to disaster
Bentley Batur: Mulliner’s new achievement will be presented in Monterey
Elizabeth II: banished by the Queen, Meghan Markle and Harry urgently go to her bedside

The other personal cars of the Queen

In addition to the many official models, Queen Elizabeth II also owns many personal cars. First of all, Elizabeth II acquired with Prince Philipp a Aston Martin Lagonda 3 litres Drophead de 1955. This is a rare model, produced in 270 copies.

Queen Elizabeth II also acquires a Rover P5B. Nicknamed « Auntie Rover » for its old-fashioned look, the P5B is equipped with a 160hp Buick V8 engine. This car will be used regularly by the Queen for her private trips during his weekends at Balmoral Castle.

Another surprising model owned by Her Majesty, a Vauxhall Cresta Estate. The Queen bought this model in the early 1980s, in order to be able to move around quietly in a classic vehicle. This car is equipped with a 142hp 6-cylinder engine. On this occasion, Vauxhall obtained a Royal Operating Warrant from the Royal Family. Elizabeth II will later be seen driving Opel Insignia and Omega.

The 90s will be marked by the many Jaguar models purchased by the Queen as the XJ6, X-Type Estate et Daimler Super V8 LWB. The Queen of England also owned several Land Rover Defenders and Range Rovers for her hunting trips.

Elizabeth II also acquired a Bentley Bentayga en 2015a vehicle that she also drives many times.