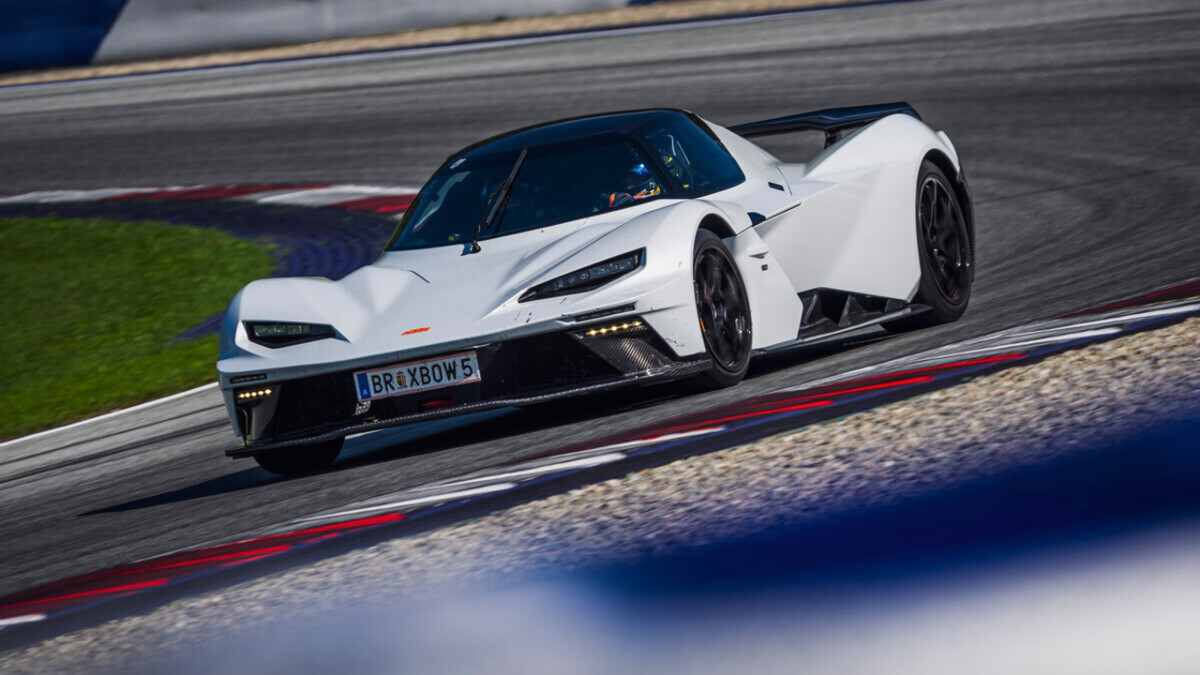 Here is the ultimate version of the KTM X-Bow, baptized GT-XR: this radical tracker is equipped with a five-cylinder turbo of 500 horsepower, borrowed from Audi!

The Austrian manufacturer unveils the KTM X-Bow GT-XR, the ultimate version of the X-Bow: this road-legal sports coupé has all the characteristics of a race car designed for the track. Based on the KTM X-Bow GT2, the GT-XR is made in Graz, Austria and offers radical performance.

Ultra-light, the car and its components have been tested and proven on the circuit: it is distinguished by the presence of an enveloping cockpit in the style of a fighter plane, a ultralight carbon fiber monocoquenot to mention a removable steering wheel with integrated LED display, which brings a racing atmosphere on board.

Under the hood, we find the famous engine 2.5-liter turbocharged five-cylinderborrowed from Audi: here, it develops no less than 500 horsepower at 6,350 rpm and 581 Nm of torque at 5,550 rpm. This engine gives the X-Bow GT-XR a radical philosophy, and is mated to an electronically controlled seven-speed DSG dual-clutch gearbox, as well as a mechanical differential derived from motorsport, guaranteeing gear changes. ultra-fast without loss of torque, as well as optimum distribution of torque to the two rear wheels.

Its ultralight construction and the intensive use of carbon fiber composite materials, which can be found for example on the monocoque, make it possible to contain its empty weight to only 1,130 kg. On the performance side, the 0 to 100 km/h is swallowed in 3.4 secondsthe 0 to 200 km/h in 6.9 seconds, while the maximum speed is 280 km/h.

Welcome to the new KTM X-Bow GT-XR, KTM’s return to road cars. The GT-XR is a proper road car that is powered by a 2.5-litre turbocharged five-cylinder engine and weighs just 1,250kg! Who’d like a go in this rocket ship?

In terms of looks, the KTM X-Bow GT-XR has a particularly aggressive style, with a large air intake located on its front shield, 19-inch wheels at the front and 20-inch wheels at the rear, as well than a large spoiler at the rear. Its cockpit bubble opens upwards to give access to the cockpit, minimalist and resolutely sporty.

There are two carbon bucket seatsbut also some comfort equipment such as air conditioning, LED mood lighting, Bluetooth connectivity, USB-C sockets, or even a Quadlock support to accommodate a smartphone, not to mention optional custom-made Meindl luggage. , which takes place in the small trunk of 160 liters.

Orders for the KTM X-Bow GT-XR are already open, at a starting price from 284,900 euro, without taxes. You will indeed have to add taxes and import duties, specific to each country.

Thanks to the European approval of small series, the KTM X-Bow GT-XR is marketed and approved for road use throughout Europe.