It hasn’t arrived in Europe yet and it’s already making waves: it’s the friendly Ora Funky Cat from the Chinese group Great Wall Motor, which has just obtained 5 stars in the Euro NCAP crash tests. 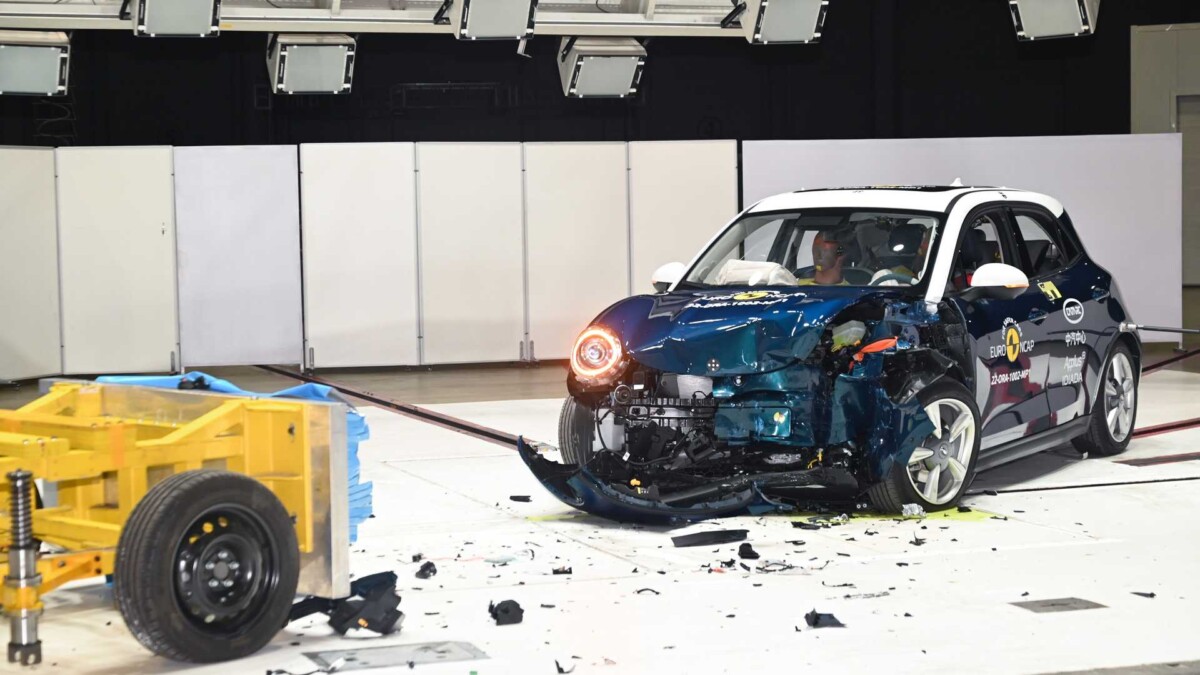 At the question, “Why aren’t more Chinese cars sold in Europe”, the answer was clear: they do not meet the safety standards in force on the Old Continent. This was true a few years ago, but with the overflowing ambitions of Chinese manufacturers in Europethese obviously had to be leveled up.

The independent body Euro NCAP recently changed its protocol, also emphasizing driving aids. Thus, we have seen certain models plummet in the rankings after their passage under the new protocol, like the Renault Zoé which went from 5 to 0 stars. This does not mean that a Zoe is no longer safe. What makes the difference today is also and above all the presence of active security elementssuch as lane crossing warning or automatic emergency braking with detection of pedestrians and cyclists.

Modern cars are of course all fitted with them as standard now, but other models, such as the Dacia Spring and its more modest price, do not have one and are penalized by the test protocol. Despite that, rare are the models to obtain less than 4 stars.

The surprise from China

Euro NCAP recently released a new round of results, including those of the Tesla Model Y which becomes purely and simply the safest car of all models tested by Euro NCAP since the new protocol. It scores an overall rating of 92%, three points higher than safety benchmarks like the Lexus LX and Subaru Outback.

In addition to the American SUV record, another model stood out: theOra Funky Cat. This name probably doesn’t mean much to you, and that’s normal, since the car is not yet marketed in Europe. This model will be presented next October on the occasion of the Paris World Cup by the Chinese manufacturer Great Wall Motors before being marketed on the Old Continent.

And the dreaded Euro NCAP crash test went rather well, to say the least, since the Ora Funky Cat got the maximum rating of 5 stars. It has even allowed itself to do better than certain references in Europe, namely the Renault Mégane E-Tech et BMW i4. Thus, in the categories “Adult protection”, “Pedestrian protection” and “Safety aids”, the small Chinese car obtained marks of 92%, 74% and 93%, all better than the two European models previously cited.

As our colleagues from Numeramaif we add the points of the different ratings, the Ora Funky Cat ranks third in the ranking, behind the Volkswagen ID.5 and the Tesla Model Y.

But what is the Ora Funky Car?

Halfway between the compact and the city car, even if the dimensions (4,235 x 1,825 x 1,603 mm) bring it closer to a Volkswagen ID.3 only one Fiat 500, the Ora Funky Car should seduce many European customers with its delicate neo-retro style, which has many inspirations. Its round optics at the front are, for example, reminiscent of a mix between a Mini and a Porsche, while the rear part looks like a Renault Zoé without lights.

Technically, the Ora Funky Cat has a battery of 48 kWh for an advertised range of 193 WLTP miles (i.e. approximately 310 km). That’s really not much for a car with such a battery. Recall that a Renault Zoe with its 50 kWh battery promises a range of 390 km. In terms of performance, Great Wall Motors promises a 0 to 100 km/h shot in 8.3 seconds thanks to an engine of 171 horsepower positioned on the front axle and a torque of 250 Nm. For recharging, it is necessary to count on a power of 80 kW in DC and 11 kW in AC three-phase or 6.6 kW in single-phase.

The advantage of this model should be its price, even if it is still unknown at the time of writing these lines. In the UK, the Ora Funky Cat will be available at the end of the year at a price of 30,495 pounds, i.e. approximately 36,000 euros. A rather high price compared to other technically similar models which seem, on paper, more successful.

On the occasion of the EVS35 exhibition in Oslo dedicated to electric cars, we were able to meet the Ora Funky Cat from China. We boarded this future competitor of the Fiat 500…
Read more