While current lithium-ion batteries meet many mobility needs, they are far from perfect. Their energy density could be improved, and the risk of fire could disappear with solid batteries. Let’s take a look at this potentially revolutionary technology. 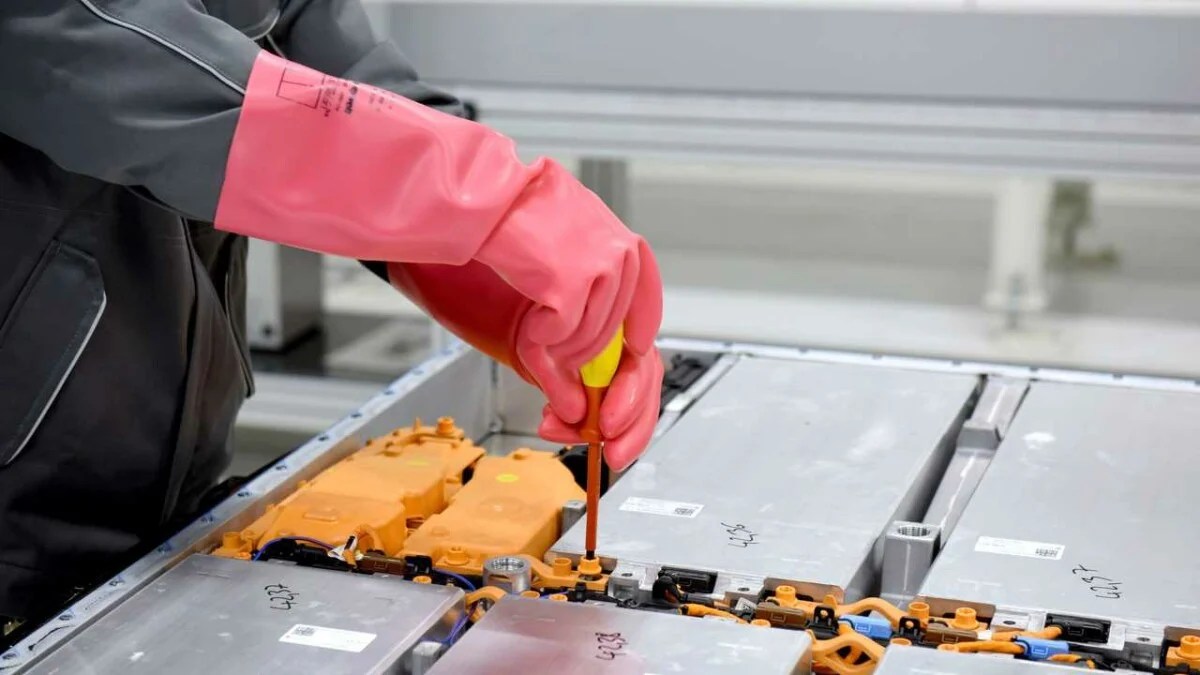 In recent years, we have frequently heard about solid-state batteries, and the possible revolution they would bring to the world of electric vehicles. In 2022, where are we on the development of these revolutionary cells? Are there already cars that take advantage of this technology?

Solid-state batteries, what are the differences with today’s batteries?

In the vast majority of electric vehicles today, Lithium-Ion batteries are used. The operating principle is as follows: the lithium-ion battery is made up of two electrodes: an anode (the positive terminal) and a cathode (the negative terminal) each being in an electrolytic solution. A separator is located between the anode and the cathode, so that there is no contact between the two.

The principle of solid-state batteries is fundamentally different, with an electrolyte that is no longer liquid, but – you guessed it – solid. The image above provided by Samsung illustrates the principle well. The solid electrolyte of the solid state battery (on the right of the image), also acts as a separator, which makes it possible not to have to use additional components to separate the anode from the cathode.

In an electric car, the battery pack is made up of hundreds or even thousands of cells, each consisting of an anode, a cathode, an electrolyte solution and a separator. In order to transmit energy to the engine, and thus to move the vehicle forward, the ions move from the anode to the cathode through the electrolyte solution, thus producing electricity.

With a solid battery, the foundation will be similar, except that the displacement of the ions will no longer take place through a liquid electrolyte, but through a solid inorganic compound. All this theory on solid-state batteries already allows us to glimpse the advantages that there will be compared to conventional lithium-ion batteries, and this is what we will examine below.

The advantages of solid state batteries

Today’s lithium-ion batteries have a few downsides that are far from negligible. Among the most important are the safety aspects and more particularly the risk of fire. Indeed, due to the heating of the electrolyte solution during the charging and discharging of the cells of a lithium-ion battery, fires may occur. This is why many safety mechanisms are implemented within battery packs, but all of this takes up valuable space.

With solid batteries, there is no longer any need to reserve as much space for fire prevention mechanisms. The stability of a solid electrolyte being well above that of an electrolytic solution, the potential gains in volume that will be made possible thanks to solid batteries are promising in the world of electric vehicles.

You are aware that the current challenge of electric vehicles lies in the possibility of achieving autonomy comparable to that found on equivalent internal combustion vehicles (even if Elon Musk thinks it’s not necessary), and that seems compromised with today’s lithium-ion batteries. However, in the more or less near future, solid-state batteries should allow electric vehicles to gain autonomy, since their energy density is much higher.

With no longer any risk of explosion or combustion, the cells of solid-state batteries can be assembled in a much more compact manner than those of lithium-ion batteries, as the previous illustration highlights. Solid-state batteries would then be perfect for electric cars: within the same volume and the same weight, it would be possible to significantly increase the number of cells, and thus the capacity of the battery pack.

The Samsung Institute of Technology has presented encouraging results in March 2020, concerning a battery capable of traveling 800 km and being able to be charged and discharged 1,000 times, which occupies half the volume of a Lithium-ion battery with equivalent properties. This would be a real revolution, and one can thus imagine electric city cars with autonomy exceeding that of the most enduring sedans.

The builders who work on it

In addition to ongoing laboratory research, many manufacturers have already positioned themselves on solid-state batteries, and have integrated this technology into the development of their future models. Nissan recently announced the start-up of a factory to manufacture prototype solid-state batterieswith the aim of launching a vehicle equipped with such cells before the end of the current decade.

The Japanese group is far from being the only one to explore the track of solid batteries in phase advance, as the technology seems so promising. Volkswagen has invested in research into solid battery applications for its future range of electric vehicles, just like Ford, BMW and Stellantis. For the moment, their implications are limited to financial participation intended for many startups in the sector, such as QuantumScapewhich promises to be able to deliver solid batteries that meet all the expectations of the giants of the sector. Ford and BMW, however, want to test solid-state batteries this year.

All market players interested in solid-state batteries thus see this as the answer to the majority of the current problems of electric vehicles. The improved energy density will ensure much larger battery capacities, and safety will be considerably better. In addition, fast charging capabilities will meet future needs, with a 10-80% charge taking less than 15 minuteswhile ensuring better longevity of the cells compared to current standards.

Semi-solid batteries to the rescue?

If solid batteries do not yet seem ready for mass production, new ingenious ideas are already emerging from the factories of certain manufacturers, such as Volkswagen or Nio in particular: semi-solid batteries. These are batteries that are similar to Lithium-ion in their design (the electrolyte is always liquid), but which do not use a binder, thus making it possible to offer a much better energy density.

The Chinese manufacturer Nio seems to have taken a step ahead of the other players, with a semi-solid battery project to equip its ET7 with a 150 kWh pack ensuring it can travel more than 1,000 km on a single charge. According to the latest information, the production of the Nio ET7 would be scheduled for the end of 2022, thus making it the first production vehicle to carry semi-solid batteries.

The Chinese giant Gotion High Tech meanwhile has recently announced to be able to install a 160 kWh pack in a car by 2023which would make it possible to reach 1,000 kilometers of autonomy, approaching the holy grail of the electric car in terms of range.

What is missing today to equip vehicles

Apart from the Nio ET7 which should see the light of day soon, the arrival of solid batteries in the mass production of electric vehicles does not seem to be immediate. Indeed, if many manufacturers are very interested in this technology, all agree that it is not ready to be implemented today.

Research shows that there is a lot of potential to make solid-state batteries the next revolution at the heart of tomorrow’s electric vehicles, but its development into an economically viable product has yet to be done.

In the middle of 2022, it is still much more expensive to produce a solid battery with a capacity equivalent to a Lithium-ion battery, which explains why manufacturers cannot use them to date. Whether it is to solidify the electrolyte or to manufacture solid battery cells, the industrialization processes have yet to be perfected.

Thus, if on paper the progress made possible by solid-state batteries is attractive and will allow us to correct certain negative points of today’s electric vehicles, it is not a revolution that should arrive before the end of the current decade. , as the operation of lithium-ion batteries remains less expensive and already very profitable.

Prospects for the future

To finally get closer to the perfect electric car however, solid batteries seem a necessary step. We no longer count the announcements of electric pick-ups in particular, who will benefit enormously from the advantages of solid-state batteries, as they will need large battery capacities.

Between a substantial autonomy and recharging speeds that easily exceed those we know today (we are talking about more than 300 kW of maximum power for solid batteries), the replacement of lithium-ion batteries could allow the last reluctant the transition to electric to be convinced. Even though the average driver does not necessarily need a range of around 1,000 km as Elon Musk says.

In addition, by 2030, Nissan studies claim that the cost of the kilowatt-hour produced using solid-state batteries will be so low that it will allow electric vehicles to be at the same price level as their thermal equivalentwhich of course is still not the case today.

Those who are reluctant to take the plunge towards electric very often have many arguments against the vehicles on offer today. We will see if the biggest prejudices about electromobility are justified.
Read more