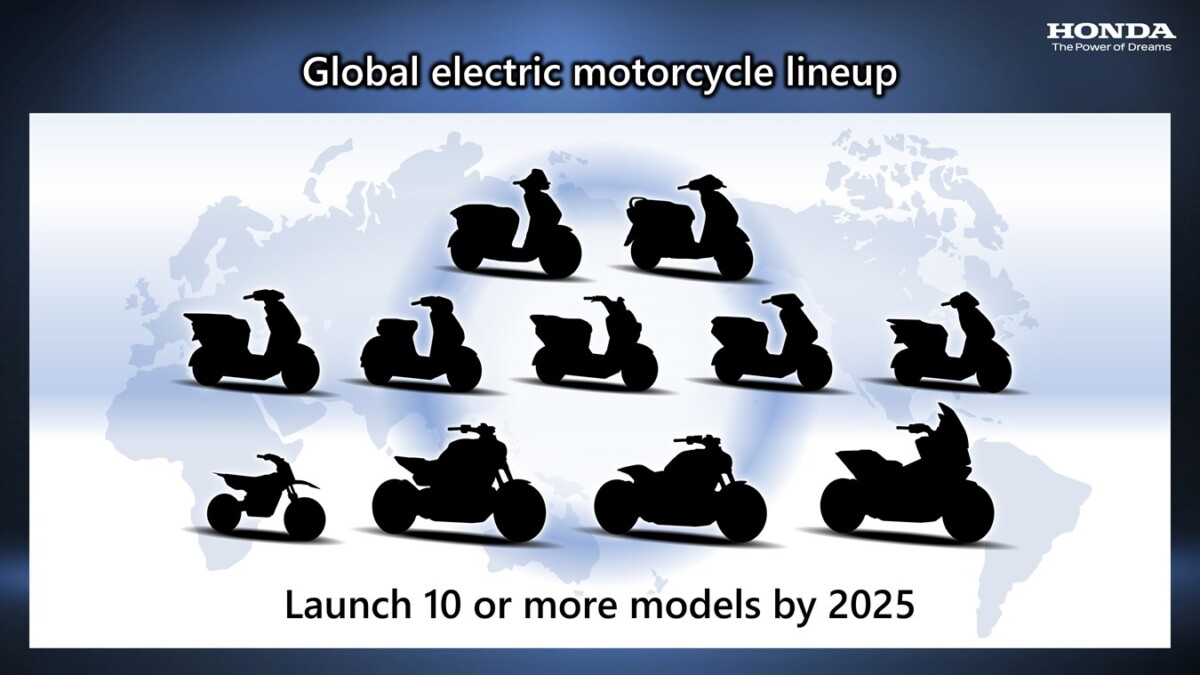 Honda will launch at least 10 electric scooters and motorcycles by 2025, a big step in electrification for the biggest 2-wheeler producers.

The transition to electric vehicles is not limited to cars alone. In this context, Honda has just announced an ambitious plan involving electric motorcycles and scooters. From here 2025, the Japanese manufacturer will launch 10 electric motorcycles, or even more, in the world. He considers himself responsible for lead the charge towards carbon neutrality as the largest two-wheeler producer in the world.

The Japanese giant claims that its motorcycle business accounts for almost two-thirds of its 30 million customers every year. That’s a lot of two-wheelers, of which the Forza family is the best seller and encourages electrify this branch as BMW is already doing for a while, for example with the latest CE 04 scooter. In this spirit, Honda will continue its push towards electrification while reducing the CO2 emissions of its classic thermal models.

Honda Moto Company has filed a new patent for its electric scooter, the PCX in India. The new patent was filed in April 2021 and is currently under examination. Internationally, the PCX is available in two drivetrain options – Hybrid and Electric.https://t.co/BIUxUxgqKv#BWNews pic.twitter.com/uTJM96M5UN

The Japanese brand breaks down the planned models into three subcategories. They include electric bikes capable of going up to 25 km/h, electric mopeds capable of reaching 50 km/h then those which will be able to go beyond 50 km/h, therefore motorcycles and scooters. Japan, Europe and USA will get three electric models for adults and a small electric vehicle specially designed for children.

10 electric scooters to avoid paying for parking in Paris

Honda plans to release 10 electric motorcycles by 2025 https://t.co/jSBosMZpOa via @engadget

At the end of the day, Honda thinks the standardization of the battery exchange system — instead of recharging — could also be a big boon to the segment, but it’s not putting all of its eggs in that basket. Electric motorcycles with non-replaceable batteries are also coming, and a few models from its Business Bike series have already been launched.

In 2024, the Japanese believe they will have electric motorcycles on the market that use software to enrich ride quality through connectivity. He sees a future where your motorcycle or scooter can offer optimal route guidance depending on the range and charging locations. He also thinks that the motorcycle could offer safe driving coaching and after-sales service, as we already find in the automobile.