In Chine, Baidu has just obtained the approval of the authorities to operate a robotaxis service without a security driver in two cities. This decision marks a new step forward for the autonomous driving in the Middle Kingdom.

In the same category 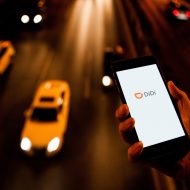 « This is a huge qualitative change. We believe these approvals are a key step on the road to the inflection point where the industry can finally deploy fully autonomous driving services at scale. Wei Dong, vice president and safety operations manager of Baidu’s Intelligent Driving Group, said in a statement.

Baidu thus becomes the first Chinese company to be authorized to operate robotaxis without any safety driver. Its service is also deployed in Beijing, but a security driver is required behind the wheel or in the passenger seat. Pony.ai, another self-driving company, has also obtained a license to operate a robotaxis service in Guangzhou city, but also in this case, vehicles must carry a security driver.

More generally, China is increasing its efforts to boost the autonomous driving sector. As noted by Wall Street Journalmore than a dozen Chinese cities have set up pilot areas to test driverless vehicles on public roads since authorities began approving such tests in 2020. The country has even tested smart highways equipped with sensors to help these vehicles move at higher speeds and manage traffic flows to reduce the impact of obstacles such as traffic lights.

The cities of Wuhan and Chongqing were not chosen by chance: they are not densely populated and have many new and wide roads which facilitate the use of autonomous systems. The two cities thus provide a favorable regulatory and technological environment for Baidu to launch its first commercial driverless service.

Competition with the United States

The openness of the Chinese authorities concerning autonomous driving could cause a stir in the United States, the two nations being the most advanced in the sector. Across the Atlantic, Cruise operates a robotaxis service in San Francisco, like Waymowhich also has one in the state of Arizona.

Meanwhile, Baidu has big ambitions and plans to expand its carpooling service to 65 cities by 2025 and to 100 cities by 2030. The firm has also recently unveiled its sixth generation robotaxi ; Featuring a detachable steering wheel, it boasts a much lower production hit than its previous iterations, allowing the Chinese giant to mass-produce it. It is not impossible that in the long term, Baidu will come to compete with Americans in their own country with its autonomous vehicles.