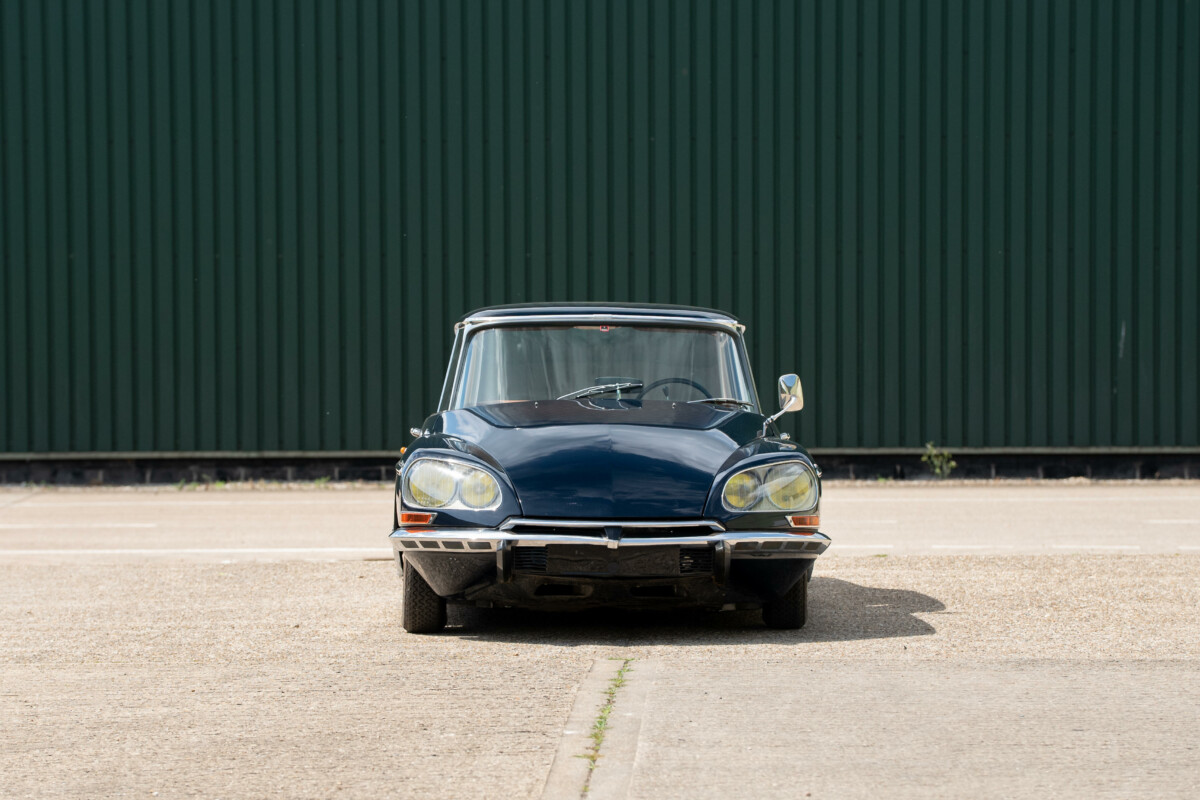 A very rare Citroën DS 21 rebodied by Henri Chapron will soon be offered at auction. This Citroën DS 21 Majesty, which represents a pinnacle of luxury, could well flirt with 100,000 €.

The famous car bodybuilder Henri Chapron was seduced by the Citroën DS as soon as it was released in 1958. The Frenchman then quickly transformed the sedan into a convertible, first in 4 places and then in 2 places. After these models baptized La Croisette and Le Caddy, he created another new Le Palm Beach cabriolet before creating different coupe versions of the DS. It was then in 1964 that he created his first sedans Lorraine and then the famous Majesty which concerns us here.

This model is the most luxurious and exclusive variant of the French sedan. The Majesty stands out particularly with its redesigned rear section and its more pronounced three-box profile. This new design makes it possible to offer more space for rear passengers. The bodywork also stands out with more marked new linessharper and a good dose of chrome, including an elegant strip on the profile that highlights the “Majesty” badge.

Naturally, the interior of this exceptional model is not to be outdone and the rich equipment includes the air conditioner with front and rear air vents, ashtrays for all passengers, a radioa clock mounted on the dashboard and a custom upholstery. The seats and door panels are upholstered in beige tan leather, combined with the faux burl wood hand-painted on the dashboard and on the brown wool carpet.

Only 27 copies of this DS Majesty were produced of which only three were equipped with the famous directional lighting before introduced on the DS during the cycle. This is obviously the case with the example that concerns us here, which was one of the last produced in 1969. This midnight blue model has already been sold at auction in 2009 at the Salon Rétromobile. The car was then sold for 86 250 €.

The car has since been stored without being driven and should therefore benefit from a few small treatments to hit the road for new adventures and regain concours condition. Surprisingly, this French car registered in Belgium will be auctioned by the Swiss branch of Bonhams. It is estimated over a wide range between 50,000 and 100,000 Swiss francsor roughly the same according to the current rate of the euro.

An iconic Camel-liveried ex-Michael Schumacher Benetton B193B Formula 1 car is up for sale at the @bonhams1793 FOS Sale, with an expected price of between £1.1 and £1.6million! #gwoverdrive https://t.co/RdccyrB88h

This exceptional Citroën DS 21 Majesty with bodywork by Chapron will be offered at auction July 3 in Gstaad, Switzerland.

With its futuristic look, the Citroën DS is the perfect candidate for the switch to electric!

Four models of the French brands Peugeot, Citroën and DS are currently affected by a recall campaign.

60 years to the day after the presentation of the Citroën DS, we set off again in the footsteps of this legendary model during a stroll in Paris!