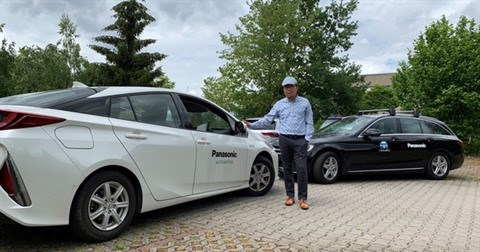 Hanoi (VNA) – Dr. Nguyên Van Duong of Panasonic Automotive Systems Europe has been awarded the title of senior member of the IEEE Standards Board, the commission responsible, among other things, for the development of ISO standards for vehicles .

In 2016, after just 19 months of work at Panasonic, Dr. Nguyên Van Duong and his team developed the software and hardware to enable a car to act as an autonomous robot.

It is for the quality of his discoveries in this field that the person in charge of the advanced driver assistance system (ADAS) of the company Panasonic Automotive Systems Europe (PASEU) was awarded, last April, this title of a renowned institute of technology, awarded to eminent professors and researchers who have made outstanding contributions to the world of research.

His colleagues praise him

Dr. Petros Kapsalas, CTO at ADAS, said he had worked with Dr. Duong since 2013. He was impressed with his achievement despite his very young age. Well-deserved success thanks to its exceptional expertise and long-term strategic vision.

“It is very rare to give the title of senior member of the IEEE to a candidate specialized in the industrial sector, but Dr. Nguyên Van Duong succeeded in doing so. It is not surprising in the academic and professional world because Duong worth it,” he said.

Born in 1984, in Ho Chi Minh City, Duong is also a member of the European Research Council – a commission specializing in setting standards for the European Union automotive industry.

In 2008, when the concept of self-driving cars was still science fiction to the whole world, he bravely chose a challenging new research topic: self-driving robots.

Thanks to his revolutionary approach and his determination to deal with a subject with multiple possible applications, he convinced the examination committee of the German international scholarships. He had the privilege of moving from bachelor’s degree to doctorate at the Moses Zess Institute of Technology (University of Siegen), thus being the first and only exception in the German federal scholarship system. 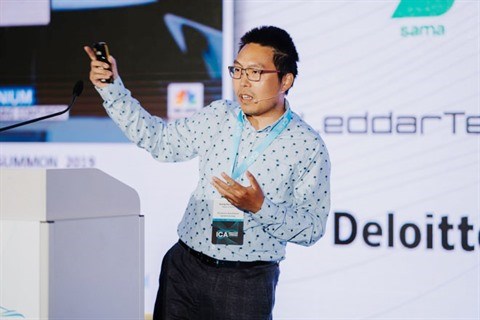 Only four years later, in 2012, after learning about the French company Valeo’s Park4you self-service car project in Ireland, he decided to finish his doctoral thesis early, taking a risk in order to land a research expert position at Valeo.

Once this goal was achieved, he became a member of the research team responsible for the world’s first self-parking software, software still used in many car models from many manufacturers, such as Mercedes, BMW, VW, GM , Renault, etc

“The passion for cars and automation came to me as both a blessing and a blessing,” Duong recalls of his career path.

In addition to his work at Panasonic and the European Research Council, he is also a member of journal editorial boards, advisory boards and organizing bodies for major world conferences on robotics and intelligent transport.

Currently, he owns 13 patents, has written dozens of scientific articles and has received three research and innovation grants, CARAMEL (2019), CPSoSAware (2020) and TRUSTEE (2022), from the European Research Council.

Duong shared that when he was a child, outside of his school hours, he liked to read books about nature and physical phenomena. This habit of self-learning turned out to be an advantage when he became a student and then a researcher.

Sharing the secret to his success, he mentioned just two simple things: good time management and unwavering family support. “My family is not well off, my father is a high school teacher, my mother takes care of household chores and takes care of four children. But I have always been happy because I feel my parents’ absolute confidence in me” , he confided.

As a senior member of the IEEE, Duong shared that starting this year, he wants to devote more time to activities for the Vietnamese community.

For example, in education, he has just terminated a number of contracts as a professor in Europe and China to focus on graduate student guidance and cooperation with Vietnamese universities. He shared that he intends to contact some Vietnamese schools soon.

Regarding IEEE activities, Duong supported the IEEE International Conference on Electronics and Communication in Vietnam. “I will look into other activities, especially related to cars and artificial intelligence. These are important but relatively new areas for the Vietnamese,” he said.

When a refusal generates trust

Around 2017, the global tech world was reserved about “deep learning”, i.e. deep learning – a branch of artificial intelligence. At that time, some customers asked Duong to develop the highest level (Level 5) autonomous vehicle software technology, whereby a car could operate entirely on its own without any human assistance.

The latter refused, thinking that the total autonomy of cars was a problem beyond the reach of “deep learning”, the amount of data to be “loaded” being too large. In 2019, a panel of leading global experts confirmed that to have enough data to assess the safety of Level 5 autonomous vehicles, these vehicles would need to travel a distance of exactly 34 times that from the Earth to the Sun. – a real utopia. Now customers understand and respect the “denial” that Duong has given them in the past.

“Now the old customers all understood that I was telling the truth at that time. The story is over and their trust is my biggest gain,” he enthused. – CVN/VNA