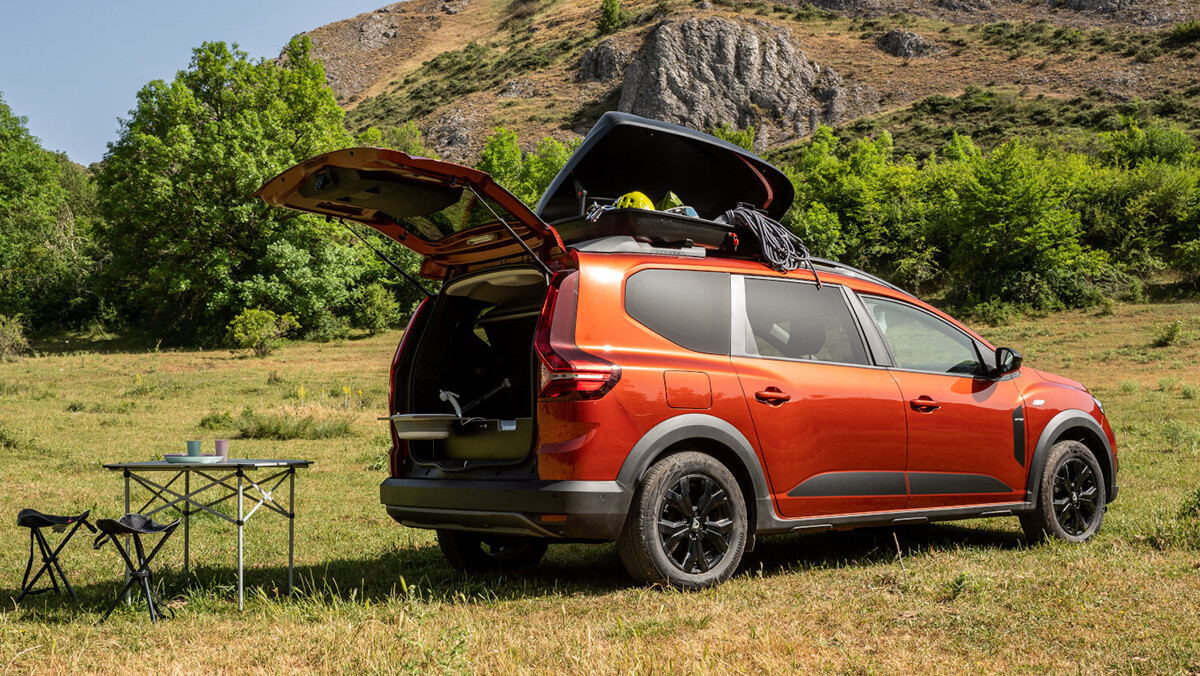 The Dacia Jogger by Camperiz is a mini motorhome equipped with all the equipment for outdoor recreation, and offered at an unbeatable price!

The Romanian manufacturer recently announced the imminent arrival of a “fitted out van” version of the Dacia Jogger : while waiting for the commercialization of this official version, it is at Camperiz that we find a first mini-motorhome proposal based on Dacia’s new station wagon, at an unbeatable price!

Already known for its transformations based on Dacia Dokker, Renault Kangoo, Peugeot Rifter and other Citroën Spacetourers, the Spanish developer is now tackling the Dacia Jogger, whose standard version already offers great versatility to appeal to families and outdoor recreation enthusiasts.

Dacia’s new crossover has indeed received some additional equipment to transform it into a veritable petit camping-carthere is a rear module with a sink with removable spray, a 12-litre water tank, a gas stove, storage space and a 15-litre compression cooler, not to mention an additional battery for feed it.

This module is mounted on rails, and allows you to keep enough space in the trunk to carry some luggage. For more comfort, a Webasto static heater (€2,280) can also be installed, with its control and programming panel: it will thus allow you to spend the night in your Jogger without worrying about the temperature of the cabin.

The Spanish specialist Camperiz offers a Renault Kangoo converted into a campervan, at a particularly affordable price. https://t.co/Vd6Ax5qIxt

At the rear, the model retains its five-seater configuration, and the bed is made up of several cushions which take place in the trunk, above the module. When night falls, the folded-down bench gives way to a double bedeasy to set up, and to enjoy outdoor getaways, the Jogger Camperiz also comes with two camping chairs and a foldable outdoor table.

In its basic configuration, the Dacia Jogger signed Camperiz is based on the Essential finish: it has pearl black paint, a 100 horsepower ECO-G engine (petrol and LPG) with manual gearbox, a infotainment with 8-inch touch screen, or the roof bars.

Read also :
• Motorhomes and converted vans: why are they so popular?
• Second-hand motorhome: our advice for a successful purchase
• Motorhome: the 5 essential accessories

The Dacia Jogger Camperiz is marketed at an unbeatable price: indeed, it is offered in Spain at a starting price from 23.295 €. For comparison, a Jogger Essential ECO-G 100 is marketed at a price of €16,790 in our region. It is also possible to have your vehicle fitted by Camperiz, if you already own a Dacia Jogger.

Dacia is deploying its new visual identity across its entire range. This translates into new logos immediately affixed to the Duster, Jogger, Sandero Stepway and even Spring. https://t.co/epqQOB18DU