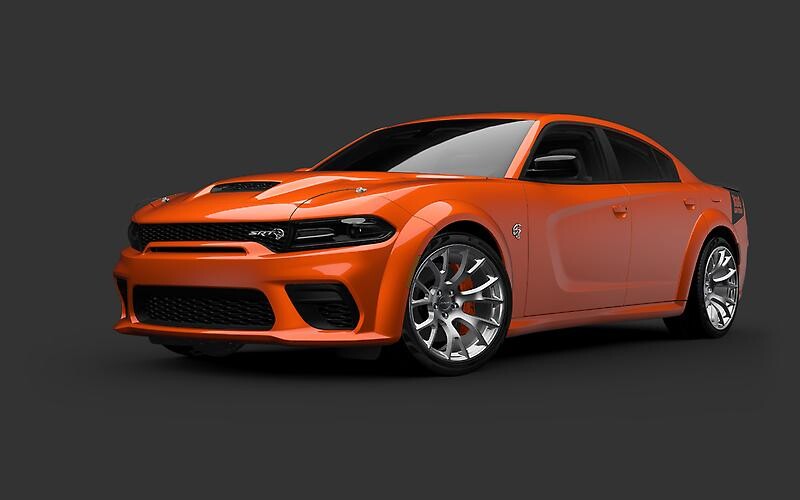 Dodge unveils a new special series of the Charger, called King Daytona and inspired by the eponymous dragster which made its mark in the 1960s to 70s.

It’s the end of an era: Dodge is preparing to stop production of the Charger and Challenger, to renew its range with new 100% electric models. As a final tribute to its iconic muscle cars, the American manufacturer has produced no less than seven special editions, called « Last Call » (” Last call “ in English).

Dodge is gradually unveiling these different models, and the latest installment will be presented at the next SEMA Show, which will be held from 1is to November 4, 2022 in Las Vegas. After the Challenger Shakedown, the Charger Super Bee, or the Dodge Challenger and Charger Scat Pack Swinger, here is the fifth representative of this special collection: the Dodge Charger King Daytona.

Dodge Charger King Daytona: In Tribute to a Drag Racer

“Dodge Charger King Daytona Special Edition pays homage to a true icon of muscle car history”said Tim Kuniskis, CEO of the Dodge brand: “The latest Dodge ‘Last Call’ models will continue to celebrate the heritage of the Dodge Charger and Challenger, paying homage to two vehicles that hold a special place in our brand’s history. »

The Dodge Charger King Daytona is based on a Dodge Charger SRT Hellcat Redeye, which sees the horsepower of its HEMI V8 go from 797 to 807 horsepower, a gain of 10 additional horsepower. The model is equipped with a “Go Mango” orange livery exclusive, contrasting with black accents, which are found in particular on the mirrors, the grille, the optics, or even the “King Daytona” sticker and the spoiler at the rear.

The model also gets 20-inch by 11-inch-wide Satin Carbon Warp Speed ​​wheels, while exterior badging is clad in satin chrome. The calipers of the Brembo brake system are painted orange, while the electric sunroof is standard.

Inside, there are specific “Daytona” seats and black leather and Alcantara upholstery, with orange stitching found on the seats, the dashboard, the console, the steering wheel and the door trims. A “King Daytona” badge can be found on the dashboard, while carbon fiber inserts complete the sporty atmosphere.

Throttle House enthusiasts take us through a 400+hp race in their latest video. The new Nissan Z, which will be marketed in the spring of 2023, faces two racing cars, the Ford Mustang GT and the Dodge Challenger, for a … https://t.co/79wXBdp3xK