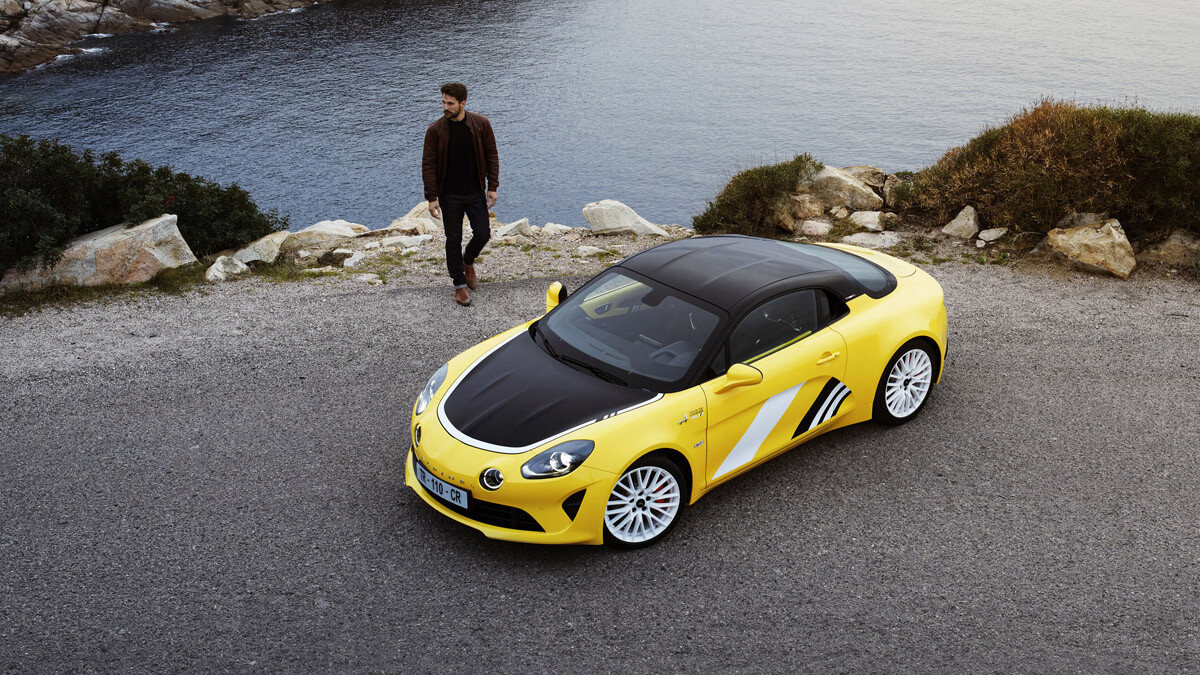 The range of the French sports coupé is enhanced with a new special series: the Alpine A110 Tour de Corse 75 pays homage to the model of yesteryear, entered in the 1975 Tour de Corse.

Launched in 2017, the contemporary version of the Alpine A110 is quietly pursuing its career, with many special editions being added to its catalog. After a special series paying tribute to its founder Jean Rédélé, here is the new Alpine A110 Tour de Corse 75 : as its name suggests, it pays homage to the mythical Alpine-Renault A110 number 7 which participated in the 1975 edition of the Tour de Corse, the rally of 10,000 bends.

This 1975 edition of the Tour de Corse was symbolic, because it really highlighted the Dieppe brand: more than twenty berlinettas were entered by private crews, while the official Alpine-Renault crews were represented by four cars: two A310s and two A110s. After a fierce battle between the number 7 Alpine A110 of Jean-Pierre Nicolas and the number 6 Lancia Stratos HF of Bernard Darniche, it was the latter which won the victory, with a lead of just 32 seconds.

The Alpine A110 Tour de Corse 75 highlights the passion for motorsport, with a two-tone livery unprecedented, inspired by the A110 n°7 of the Tour de Corse 1975. Its yellow bodywork contrasts with a “Deep” black bonnet and roof, and the whole is completed by black and white graphic elements, which are found on the sides and the rear bumper, but also with a white border surrounding the bonnet.

The set is completed by white rims 18-inch “Grand Prix”, orange Brembo brake calipers, as well as “Tour de Corse 75” stickers next to the brand emblem on the front fenders. At the rear, the white and black striping subtly draws the number 7, in homage to the number of the berlinetta of yesteryear.

Tribute to the rally with 10,000 turns: the Alpine A110 Tour de Corse 75 😍! Limited edition of 150 copies in the colors of the mythical berlinetta number 7 of the Tour de Corse 1975. A rally with 77 participants and only 22 cars at the finish 🙈, including the Alpine which finished 2nd👏🏻! pic.twitter.com/Y0SAl9FyD7

On board, there is a resolutely sporty cabin, which is distinguished by the presence of bucket seats Sabelt Racing: these are embroidered with the “Tour de Corse 75” logo, and can be fitted with a competition harness. The color of the body is found on the storm doors, and is embellished with black and white stripes, as a reminder of its exterior livery.

To recall the exclusivity of the model, a numbered aluminum plate is affixed to the central console: engraved “Alpine A110 Tour de Corse 75”, it also indicates that the car was manufactured in France, in the historic Alpine factory in Dieppe. The new Alpine multimedia system, compatible with Android Auto and Apple Carplay, is also standard.

Go on an adventure aboard the new Alpine A110 Tour de Corse 75 and enjoy a unique driving experience. A limited edition that pays tribute to the famous Berlinette that took part in the Tour de Corse in 1975.

Under the hood, the Alpine A110 Tour de Corse 75 is equipped with the engine of 300 horsepower of the A110 S. If you are interested in this new special series, you will have to act quickly: indeed, it is limited to 150 copies in the world only.

Reservations have been open since June 17, 2022 on the Alpine website, at a particularly elite starting price of 80.000 euros… This represents, all the same, an additional 7,500 euros compared to an A110 S!