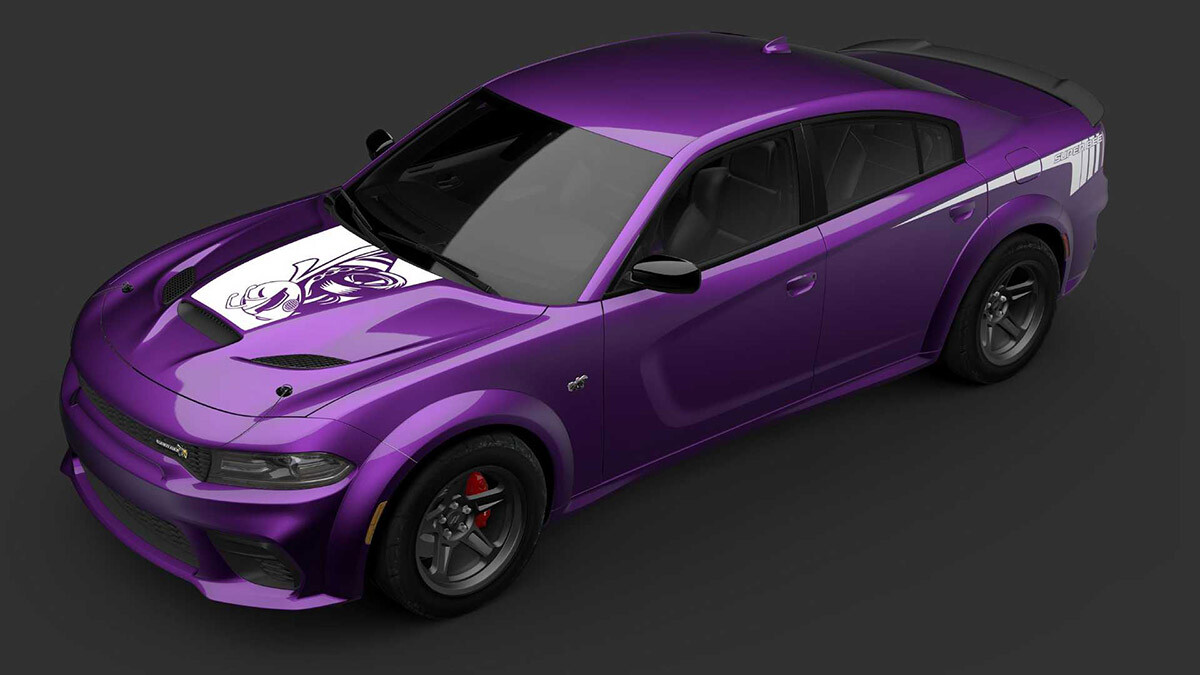 The American manufacturer unveils a new special farewell series of the Dodge Charger, called Super Bee and equipped with a 496 horsepower HEMI V8.

Next year, Dodge will put an end to the production of the Charger and Challenger, to renew its range with the arrival of 100% electric models, including a Dodge Charger Daytona SRT prefigured by the eponymous concept car recently unveiled.

To pay tribute to these famous supercharged sports cars, the American manufacturer has planned no less than seven special editions, called « Last Call » (” Last call “ in English), and the last part of which will be presented at the SEMA Show in Las Vegas. After the Challenger Shakedown, here comes the second part of this special collection: the Dodge Charger Super Bee.

The name “Super Bee” is not new for the American firm: indeed, it was already found on the Dodge Charger in 2014. This new 2022 edition offers an exclusive livery, and is based on the “Scat Pack” finish. . Two body variants of this Charger Super Bee will be offered to customers: a normal version, as well as a version equipped with a kit carrosserie large « Widebody »with tracks widened by 90 mm.

We find there badges Super Bee on the grille and the front fenders, as well as new white stickers on the hood, as well as the rear fenders. The model, with its muscular lines, features the livery of the SRT version, which is recognizable with its sportier bonnet equipped with generous air intakes, its Brembo brakes with red calipers, as well as its black exhaust pipes.

Inside, there are “Super Bee” logos on the leather/Alcantara seats, as well as on the instrument cluster. Under the hood hides a powerful engine 6.4-liter V8 HEMI of displacement, which develops the trifle of 496 horsepower and 644 Nm of torque, sent to the rear wheels via an eight-speed automatic transmission. What to swallow 0 to 100 km/h in 4.3 secondsfor a maximum speed of 282 km/h.

Reserved for the American market, the Dodge Charger Super Bee will only be produced in 1,000 copies : 500 with the “normal” bodywork which can be recognized by its blue paint, and 500 with the “Widebody” bodywork, which is distinguished by its purple “Plum Crazy” paintwork.

Unfortunately, the Dodge Charger Super Bee will not be marketed in Europe: if you want to buy one, you will then have to call on the services of an importer specializing in American cars.

We told you this last reveal would be worth the wait 🤫⚡️ #DodgeSpeedWeek pic.twitter.com/QwSN2zadeo