BMW announces the production of a small series of its iX5 SUV in a hydrogen version, a technology that the company considers promising in the transition to low-carbon mobility. 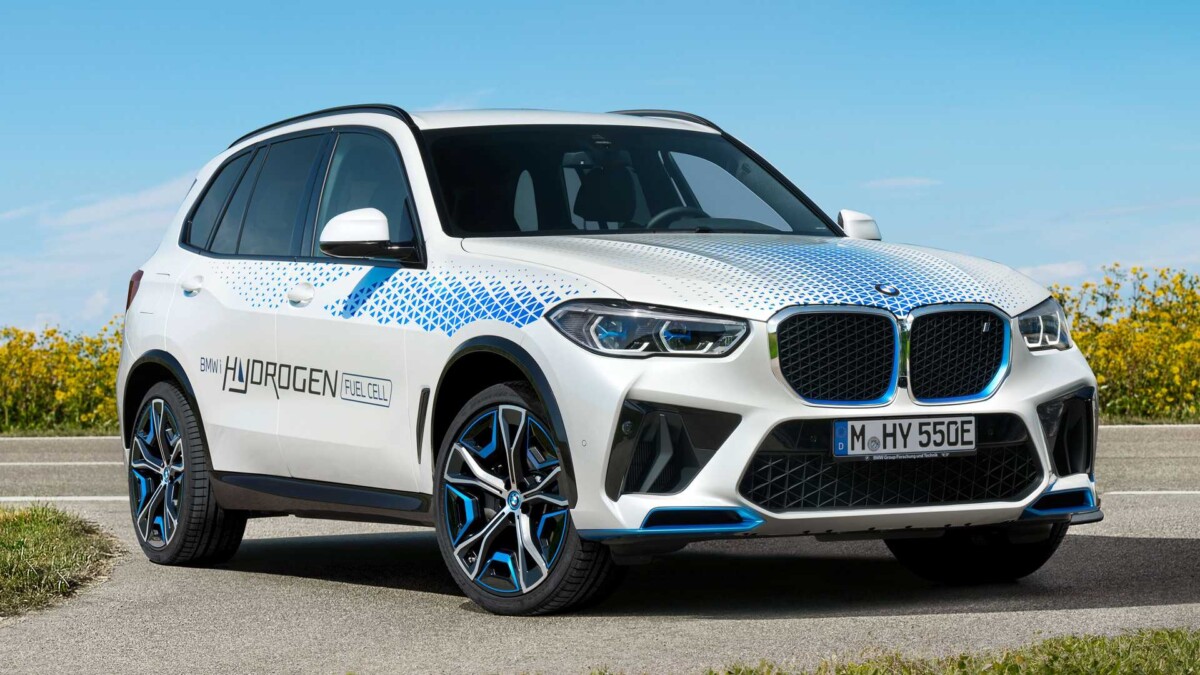 While virtually all car manufacturers have started their energy transition with the development of new 100% electric cars, some want to go a little further. Indeed, several brands are focusing on alternative energies, such as Porsche for example, which is taking a close interest in synthetic fuels to make thermal engines last, or even Toyota and hydrogen. The Japanese manufacturer also markets a hydrogen model in France with the Mirai.

But Toyota is not the only one interested in this energy, since BMW also intends to exploit the full potential of what could perhaps be the number one alternative to electric in a few years. The Bavarian firm has just announced the start of production of fuel cell systems for its iX5 Hydrogen SUV. It’s no surprise because the manufacturer had revealed some details to us in August 2022.

The start of a new adventure?

The combination of a fuel cell and a battery should enrich the range of the German manufacturer by the next few years, even if we do not necessarily know the proportions yet. BMW wants to bring more diversity in this unprecedented energy transition, and hydrogen is part of it, even if the electric cars will remain predominant in the coming years.

“Our many years of research and development work have enabled us to get the most out of hydrogen technology”says Frank Weber, Member of the Board of Directors of BMW AG. “We have managed to more than double the continuous power of the BMW iX5 Hydrogen’s second-generation fuel cell, while both weight and size have been reduced drastically. »

Indeed, hydrogen is often considered as a kind of “gas factory”, with many more elements necessary for its manufacture compared to a electric car. It remains to be seen whether the research and development around this technology will make the hydrogen car truly relevant from an ecological point of view. 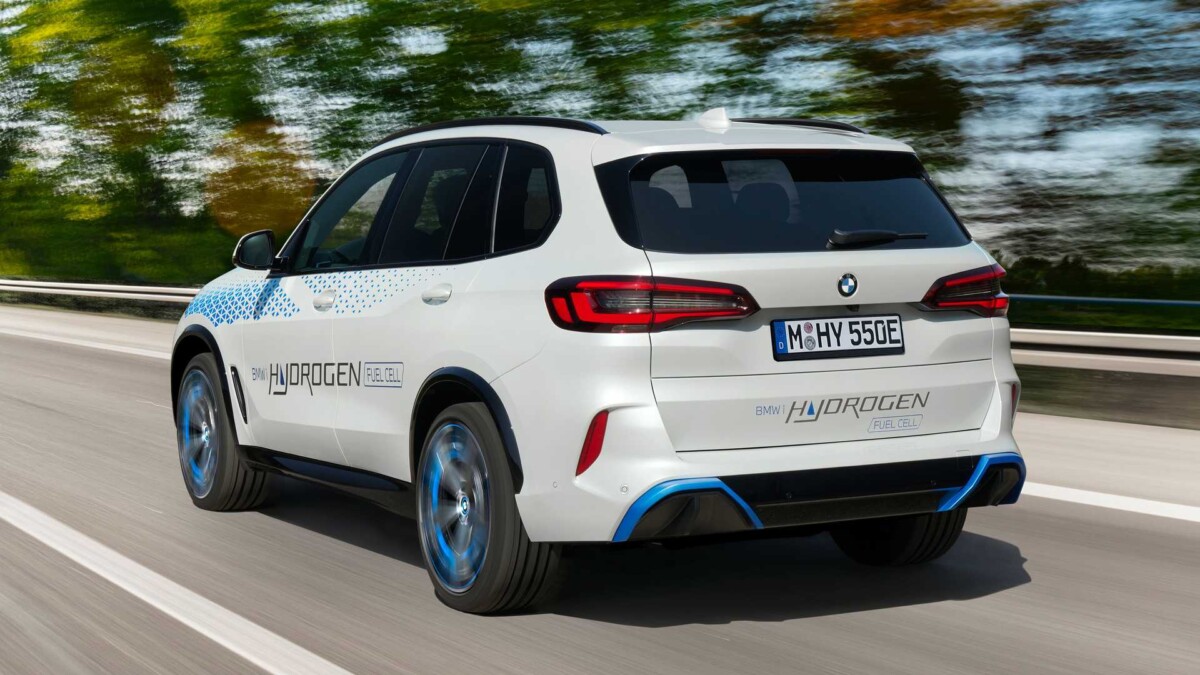 The iX5 Hydrogen will not be for sale

In the case of the iX5 Hydrogen, BMW specifies that the SUV develops a power of 374 hp thanks to the combination of an electric motor with fifth-generation BMW eDrive technology and a high-performance battery specially designed for this vehicle. The car has two hydrogen tanks and the fuel cell.

The assembly is integrated into the chassis of a standard X5 and BMW will produce a small series of its iX5 Hydrogen by the end of the year. for testing and demonstration purposes”specifies the mark in his press release. In other words, it will not be available for sale.

How is this technology made?

We should also remember that, since 2013, BMW is associated with the Japanese Toyota, the world’s leading manufacturer and one of the most advanced in hydrogen engines. The German firm is supplied in particular by Toyota for the various fuel cells necessary for the manufacture of the BMW iX5 Hydrogen.

Fuel cell systems are manufactured in two steps: they are first assembled to form a fuel cell stack, while the next step is to fit all the other components together to produce a complete fuel cell system. 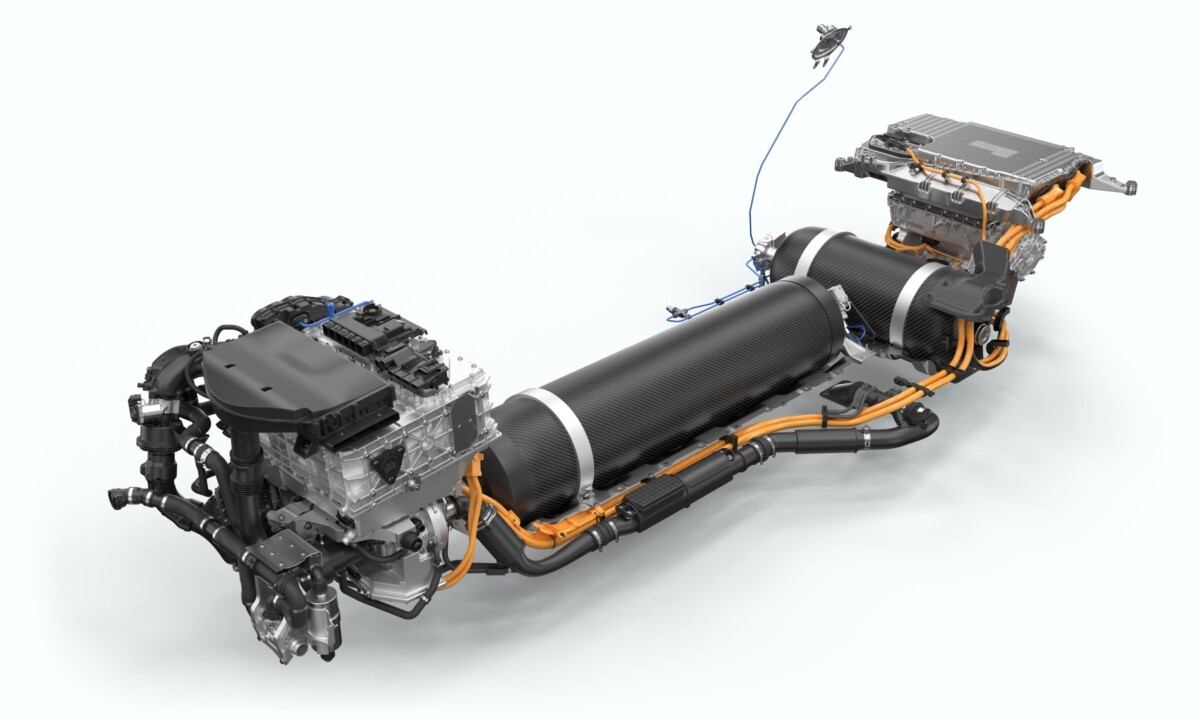 After inspection, the pile is compressed by a machine with a force of five tons and placed in a case. The battery case is manufactured in the metal foundry at BMW’s Landshut, Germany plant. Then, molten aluminum is poured into a mold made of compacted sand mixed with resin. The pressure plate, which supplies hydrogen and oxygen to the fuel cell, is made from molded plastic parts and light alloy castings. The pressure plate forms a gas and water tight seal around the battery case.

At the end, all the different components are assembled in the assembly area to produce the complete system. During this system assembly stage, other components are mounted, such as the compressor, the anode and cathode, the high voltage cooling pump and the wiring harness.

Does hydrogen really have a future?

Today, the development of hydrogen engines is mainly dedicated to trucks, boats and planes. Its production is energy-intensive and still dependent on fossil fuels, while the lack of distribution stations is also a brake on its development. In France, for example, there are currently 29 hydrogen filling stations open to the public.

In general, as stated above, for BMW, hydrogen will only remain an alternative, at least for the next few years. The Bavarian firm indicated in March that it was aiming for two million 100% electric models on the roads by the end of 2025, promising 13 new electric models in three years.

A new American study points to the risk of leakage from hydrogen cars. With the consequence, a major impact on global warming, which can be worse than that of fossil fuels.
Read more