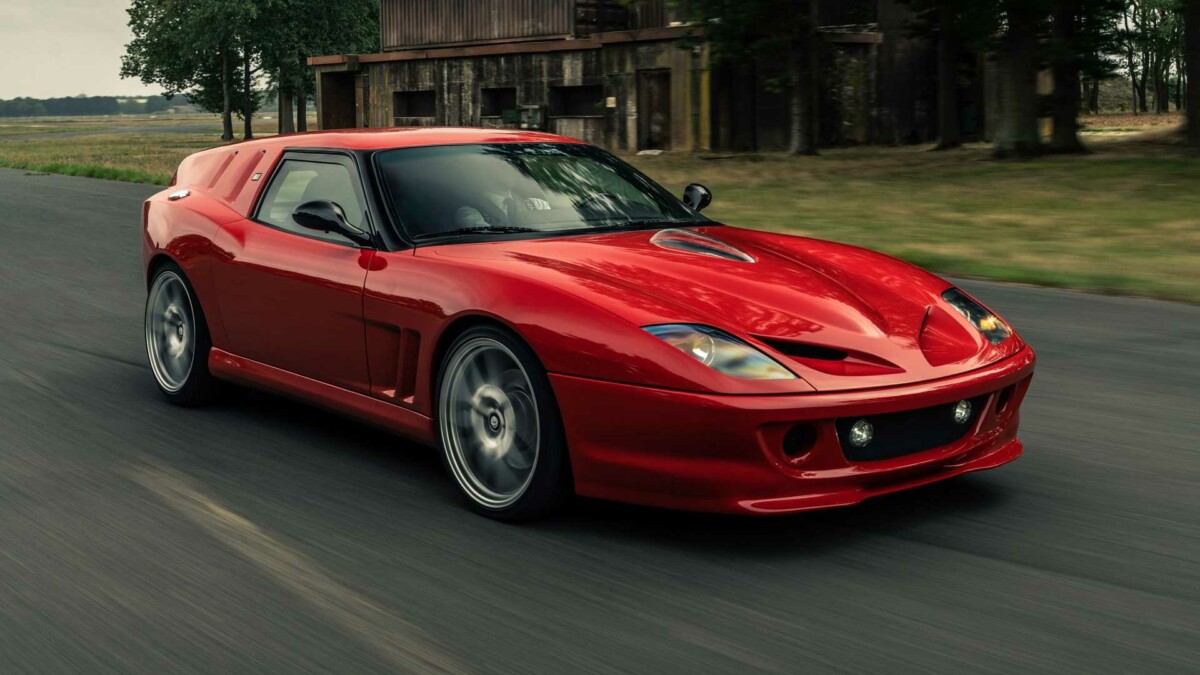 A one-of-a-kind Ferrari 250 SWB Breadvan ends up in pieces during a race on the famous Sarthe circuit. Expensive damage but fortunately no injuries!

While the 2022 Le Mans classic was in full swing, tens of thousands of spectators witnessed the most expensive crash of the year! That of a Ferrari Breadvan in the safety rail.

A weekend of crashes

Racing cars are getting safer. And yet this month, motorsport fans have witnessed, in front of their small screen or for the lucky ones, in the stands of the circuits, some impressive crashes.

Indeed, during the same weekend took place on the one hand the GP of Formula 1 of Silverstone. A little crazy race with an impressive crash at the start which hit pilot Zhou Guanyu. The single-seater turned around and stopped in the safety rail, at the foot of the spectators. Fortunately, this pilot escaped unscathed and immediately reassured his fans on his Instagram account. Indeed, after a check-up at the hospital, he was able to go out and find his “buddies” from the Paddock.

On the other hand, this same weekend took place the long-awaited return du Mans Classic. And this event, which brings together motorsport enthusiasts from all over the world, also experienced a few track excursions. And especially, the extremely rare and very expensive Ferrari 250 SWB “Breadvan”, one of a kind, crashed hard into the tire barrierlosing its passenger side door in the process.

The History of the Ferrari Breadvan

The history of this car is interesting. In effect, the Breadvan didn’t have Enzo’s approval Ferrari at the time. It turns out that the car had its origins in the Commendatore’s refusal to sell Count Giovanni Volpi a brand new 250 GTO. So that’s how the car was born from an old 250 GT SWB fitted with a more powerful V12 engine in a much lighter and aerodynamic body.

Afterwards, this Ferrari gem competed in the 1962 Le Mans race and is faster than any 250 GTO, but a broken driveshaft ends its run. Before retiring, the Breadvan (nicknamed “La Camionnette” by the French press) was seventh overall after four hours of racing. Two other 250 GT SWBs were given a similar body style, followed by the road-legal 456 GT Venice and the later FF/GTC4Lusso.

Fortunately, more fear than harm with this accident which took place on the famous Sarthe circuit. Indeed, the pilot – the Austrian Lukas Halusa, 31 years old – came out safe and sound from the damaged car, despite a rather brutal accident in a vintage car that competed in the 24 Hours of Mans about 60 years ago. It’s safe to say that the rear of the Breadvan needs some serious body work.

CAs this is a unique car, it may not be easy to find parts! In early 2021, coachbuilder Niels van Roij Design paid homage to the original 1962 car with a Breadvan project based on a Ferrari 550 Maranello. It obviously didn’t have the six Weber carburettors piercing the hood, but a clear screen was added for a similar effect. Like its source of inspiration, the retro-flavored shooting brake has also remained a unique piece.

Discover the images of the Ferrari Breadvan during Le Mans Classic 2022: